MANILA, Philippines (AP) - Flash floods and landslides set off by torrential rains left at least 50 people dead, including in a hard-hit southern Philippine province, where as many as 60 villagers are feared missing and buried in a huge mudslide laden with rocks, trees and debris, officials said Saturday.

At least 42 people were swept away by rampaging floodwaters and drowned or were hit by debris-filled mudslides in three towns in Maguindanao province from Thursday night to early Friday, said Naguib Sinarimbo, the interior minister for a five-province Muslim autonomous region governed by former separatist guerrillas.

Eight other people died elsewhere in the country from the onslaught of Tropical Storm Nalgae, which slammed into the eastern province of Camarines Sur early Saturday, the government’s disaster response agency said. 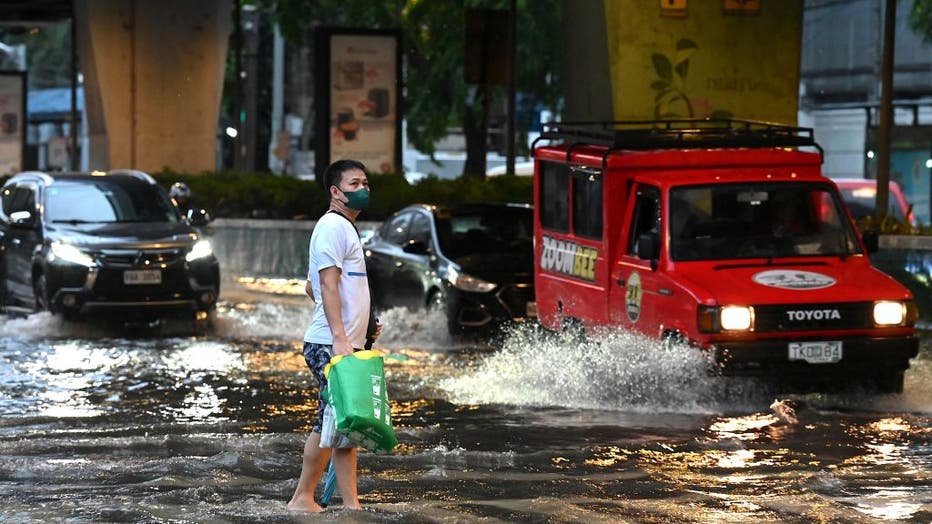 But the worst storm impact so far was a mudslide that buried dozens of houses with as many as 60 people in the tribal village of Kusiong in Maguindanao’s Datu Odin Sinsuat town, Sinarimbo told The Associated Press by telephone, citing accounts from Kusiong villagers who survived the flash flood and mudslide.

Army Lt. Col. Dennis Almorato, who went to the mudslide-hit community Saturday, said the muddy deluge buried about 60 rural houses in about 5 hectares (12 acres) section of the community. He gave no estimate of how many villagers may have been buried in the mudslide, which he described as "overwhelming."

At least 13 bodies, mostly of children, were dug up Friday and Saturday by rescuers in Kusiong, Sinarimbo said. 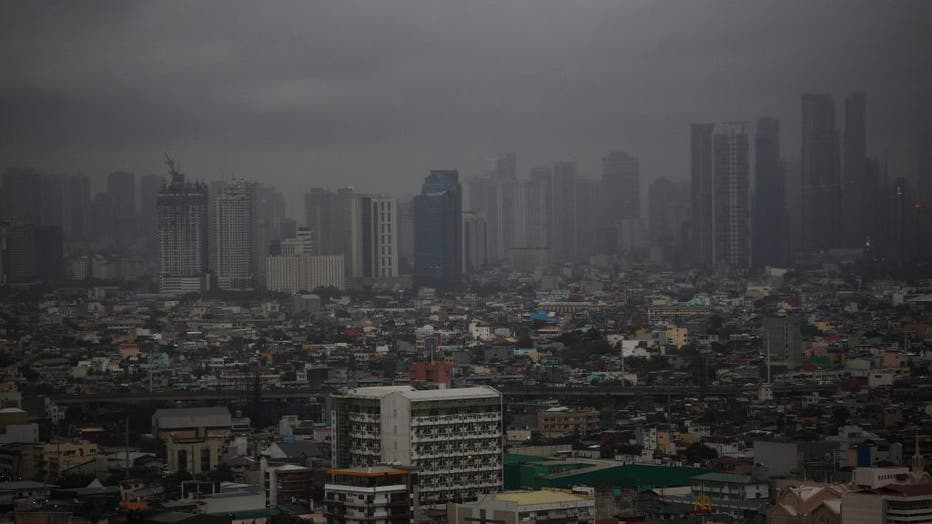 "That community will be our ground zero today," he said, adding that heavy equipment and more rescue workers had been deployed to intensify the search and rescue work.

"It was hit by torrents of rainwater with mud, rocks and trees that washed out houses," Sinarimbo said.

The coastal village, which lies at the foot of a mountain, is accessible by road, allowing more rescuers to be deployed Saturday to deal with one of the worst weather-related disasters to hit the country’s south in decades, he said.

An official death count of 67 in Maguindanao on Friday night was recalled by authorities after discovering some double-counting of casualties.

The unusually heavy rains flooded several towns in Maguindanao and outlying provinces in a mountainous region with marshy plains, which become like a catch basin in a downpour. Floodwaters rapidly rose in many low-lying villages, forcing some residents to climb onto their roofs, where they were rescued by army troops, police and volunteers, Sinarimbo said. 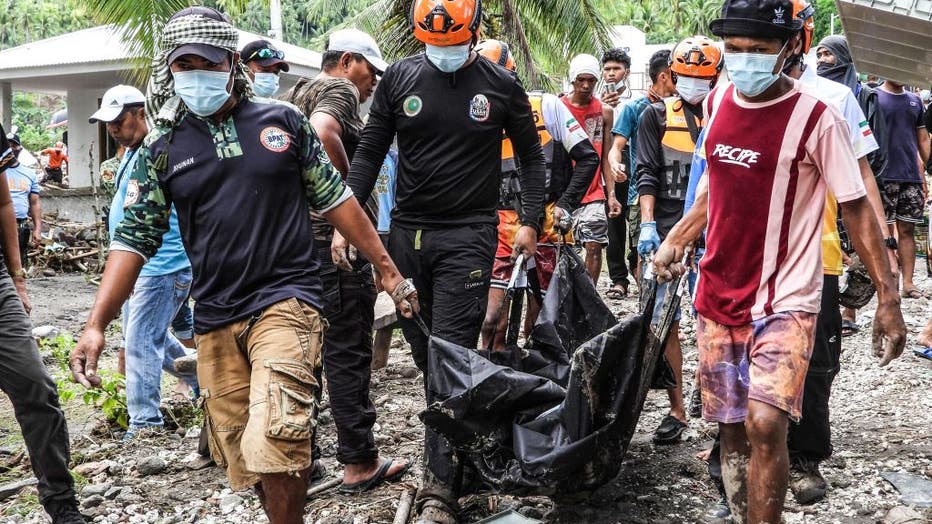 Rescuers carry a dead body on a body bag, retrieved in the landslide-hit village of Kusiong in Datu Odin Sinsuat in the southern Philippines' Maguindanao province on October 29, 2022. - Severe Tropical Storm Nalgae whipped the Philippines on October

The coast guard issued pictures of its rescuers wading in chest-high, brownish floodwaters to rescue the elderly and children in Maguindanao. Many of the swamped areas had not been flooded for years, including Cotabato city where Sinarimbo said his house was inundated.

The stormy weather in a large swath of the country prompted the coast guard to prohibit sea travel in dangerously rough seas as millions of Filipinos planned to travel over a long weekend for visits to relatives' tombs and for family reunions on All Saints’ Day in the largely Roman Catholic nation. Several domestic flights have also been canceled, stranding thousands of passengers.

The wide rain bands of Nalgae, the 16th storm to hit the Philippine archipelago this year, enabled it to dump rain in the country’s south even though the storm was blowing farther north, government forecaster Sam Duran said.

The storm was battering Laguna province Saturday night with sustained winds of 95 kilometers (59 miles) per hour and gusts of up to 160 kph (99 mph) and moving northwestward — just south of the densely populated capital Manila, which had been forecast for a direct hit until the storm turned.

More than 158,000 people in several provinces were protectively evacuated away from the path of the storm, officials said.

About 20 typhoons and storms batter the Philippine archipelago each year. It is located on the Pacific "Ring of Fire," a region along most of the Pacific Ocean rim where many volcanic eruptions and earthquakes occur, making the nation one of the world’s most disaster-prone.