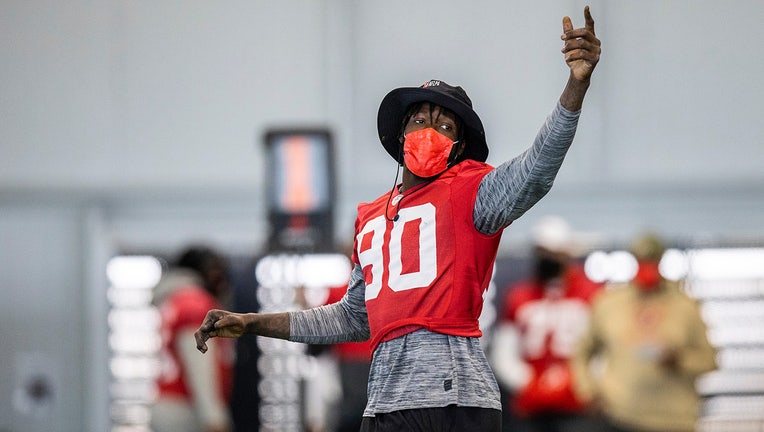 TAMPA, Fla. - The Kansas City Chiefs and Tampa Bay Buccaneers will head into the Super Bowl on Sunday relatively healthy.

The Chiefs ruled out left tackle Eric Fisher because of a torn Achilles tendon and linebacker Willie Gay Jr. due to knee and ankle injuries, but neither of them was expected to play. Tampa Bay did not list anybody as out on the final injury report.

The only Chiefs player to be listed questionable was wide receiver Sammy Watkins, who has not played since sustaining a calf injury in Week 16 against Atlanta. Watkins has practiced in a limited capacity for several weeks, though, and he nearly played in the AFC championship game against Buffalo before deciding in warm-ups to sit it out.

"He did good. I’m encouraged to have him on Sunday," Chiefs coach Andy Reid said. "I think he’ll be there."

Chiefs running back Darwin Thompson did not practice Friday because of an illness. The defending champions are also waiting on the status of wide receiver Demarcus Robinson and backup center Daniel Kilgore, both of whom landed on the COVID-19 list as close contacts of the team barber; they could play if they continue to return negative tests.

The Buccaneers listed wide receiver Antonio Brown and tight end Cameron Brate as questionable. Bryant has been out with a knee injury he sustained in the divisional round but was upgraded to a full participant in Thursday’s practice and practiced fully again Friday. Brate was limited with a back issue Thursday and did not practice Friday.

Tampa Bay linebacker Jason Pierre-Paul and defensive tackle Ndamukong Suh also did not practice Friday, though both are expected to play. Pierre-Paul has been nursing a knee injury, while Suh’s absence was not related to injury.