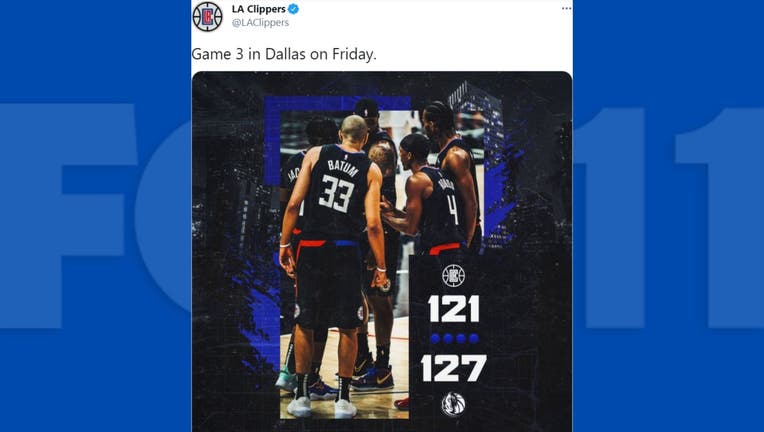 LOS ANGELES - Despite a dominant performance from Kawhi Leonard, the Clippers could not find an answer for "Luka Magic" in Los Angeles' 127-121 loss to the Dallas Mavericks in Game 2.

Doncic finished the game with 39 points as Leonard scored 41. Leonard had a monster first half for Los Angeles as he finished the first half with 30 points, scoring 10 of 14 field goals.

With Tuesday's loss, the Clippers fall into a 2-0 hole in the best-of-7 series.

Los Angeles dropped the series opener in a 113-103 loss to the Mavericks at home. Dallas' Luka Doncic finished Game 1 with a triple-double of 31 points, 10 rebounds and 11 assists in the road win over the Clips.

The Clippers locked in home-court advantage after finishing the COVID-shortened regular season with a 47-25 record, giving Los Angeles the fourth seed.