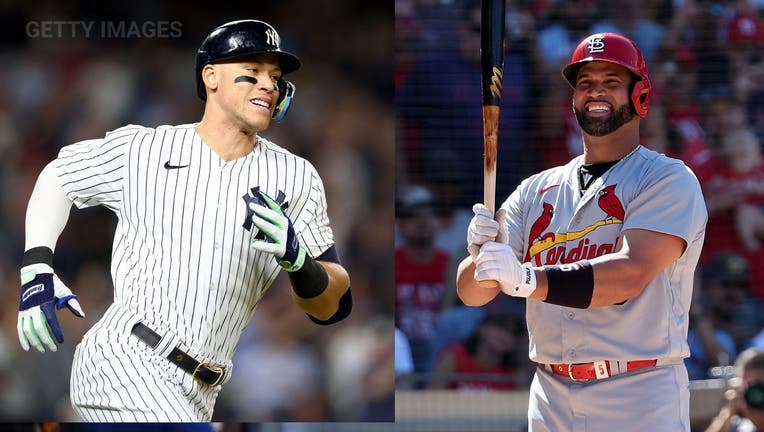 A look at former Fresno State star Aaron Judge and Albert Pujols of the St. Louis Cardinals, who previously played for the Los Angeles Dodgers and Angels, as the two approach major home run milestones: 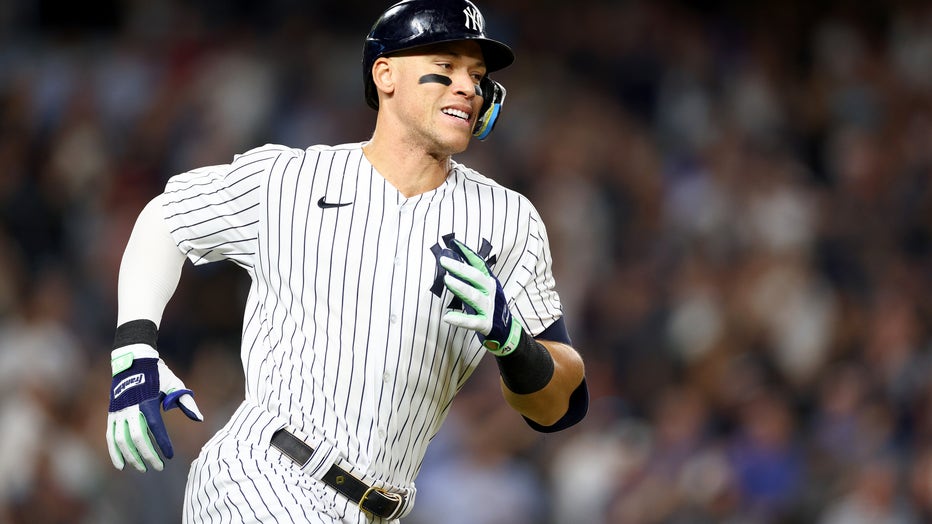 NEW YORK, NEW YORK - SEPTEMBER 21: Aaron Judge #99 of the New York Yankees rounds first base after he hit a double in the first inning against the Pittsburgh Pirates at Yankee Stadium on September 21, 2022 in the Bronx borough of New York City. (Phot

Dodgers fans got a chance to witness history Friday as Pujols reached the elite milestone. He joins Barry Bonds (762), Hank Aaron (755) and Babe Ruth (714) as the only hitters to join the 700 club. 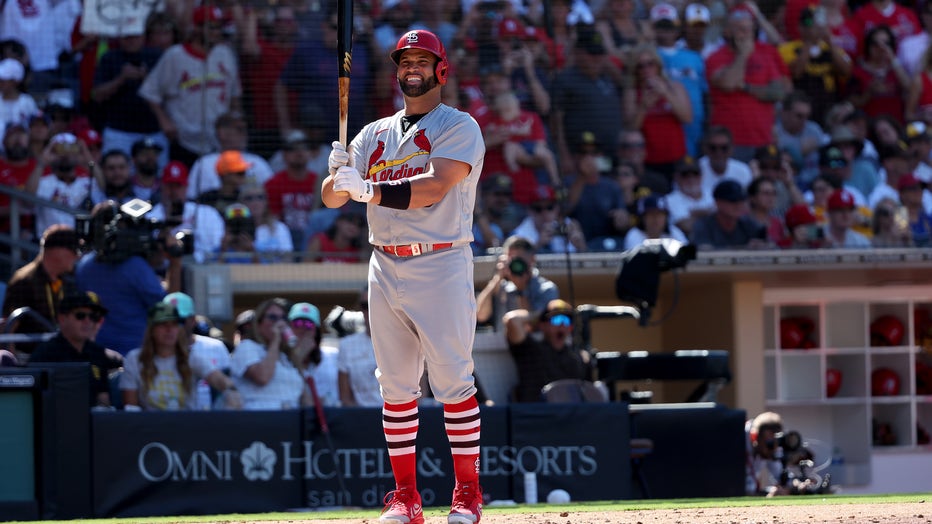 SAN DIEGO, CALIFORNIA - SEPTEMBER 22: Albert Pujols #5 of the St. Louis Cardinalslooks on at bat during the sixth inning of a game against the San Diego Padres at PETCO Park on September 22, 2022 in San Diego, California. (Photo by Sean M. Haffey/Get