CASPER, Wyo. - The Wyoming Republican Party will no longer recognize Liz Cheney as a member of the GOP in its second formal rebuke for her criticism of former President Donald Trump.

The 31-29 vote Saturday in Buffalo, Wyoming, by the state party central committee, followed votes by local GOP officials in about one-third of Wyoming's 23 counties to no longer recognize Cheney as a Republican.

In February, the Wyoming GOP central committee voted overwhelmingly to censure Cheney, Wyoming's lone U.S. representative, for voting to impeach Trump for his role in the Jan. 6 riot at the U.S. Capitol.

Cheney has described her vote to impeach Trump as an act of conscience in defense of the Constitution. Trump "incited the mob" and "lit the flame" of that day's events, Cheney said after the attack. 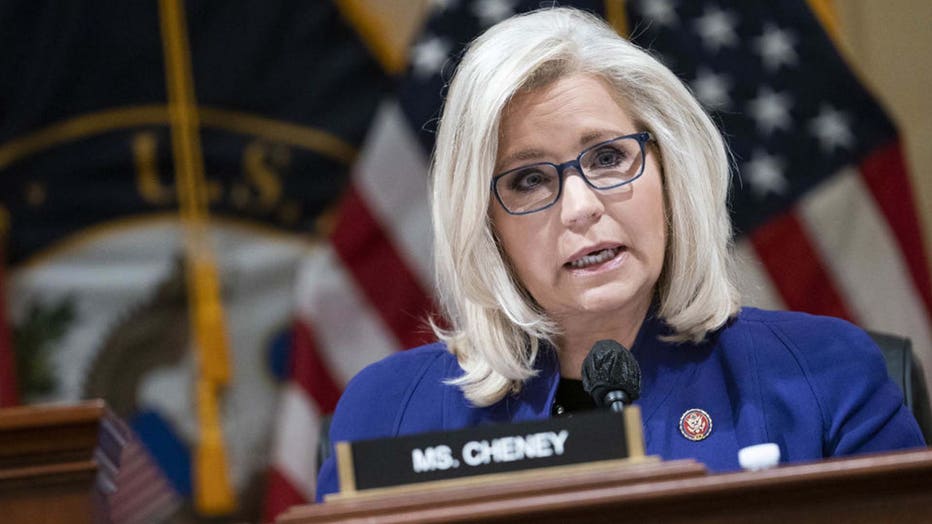 FILE - Rep. Liz Cheney, a Republican from Wyoming, speaks during a business meeting of the Select Committee to Investigate the Jan. 6th Attack on the U.S. Capitol in Washington, D.C.

It's "laughable" for anybody to suggest Cheney isn't a "conservative Republican," Cheney spokesman Jeremy Adler said by text message Monday.

"She is bound by her oath to the Constitution. Sadly a portion of the Wyoming GOP leadership has abandoned that fundamental principle and instead allowed themselves to be held hostage to the lies of a dangerous and irrational man," Adler added.

"Liz Cheney stopped recognizing what Wyomingites care about a long time ago. When she launched her war against President Trump, she completely broke with where we are as a state," Hageman said.

In May, Republicans in Washington, D.C., removed Cheney from a top congressional GOP leadership position after she continued to criticize Trump's false claims that voter fraud cost him re-election.

Cheney had survived an earlier attempt to remove her as chairwoman of the House Republican Conference, a role that shapes GOP messaging in the chamber.