The Higgins landing craft was said to be used to transport soldiers to the shore during the war’s beach invasions. (Credit: FOX News, Todd Johnson, Stasta-Trinity National Forest)

SHASTA LAKE, Calif. - Efforts are underway to restore a Word War II landing craft, which was discovered last year at the bottom of California’s largest reservoir.

According to officials at the Shasta-Trinity National Forest, the Higgins boat was said to be used to take soldiers to beach invasions during the war. The attacks depended on these types of boats to transport the troops from the ship to the shore.

"We did not expect to see a World War II transport boat in such good condition," Peter Schmidt, the forest’s archeologist, told FOX News.

Dubbed the "Ghost Boat" by officials, the landing craft was found in 2021 at the bottom of Shasta Lake. Of the 23,000 boats that were built, only 20 remain, which officials say makes the discovery astonishing. 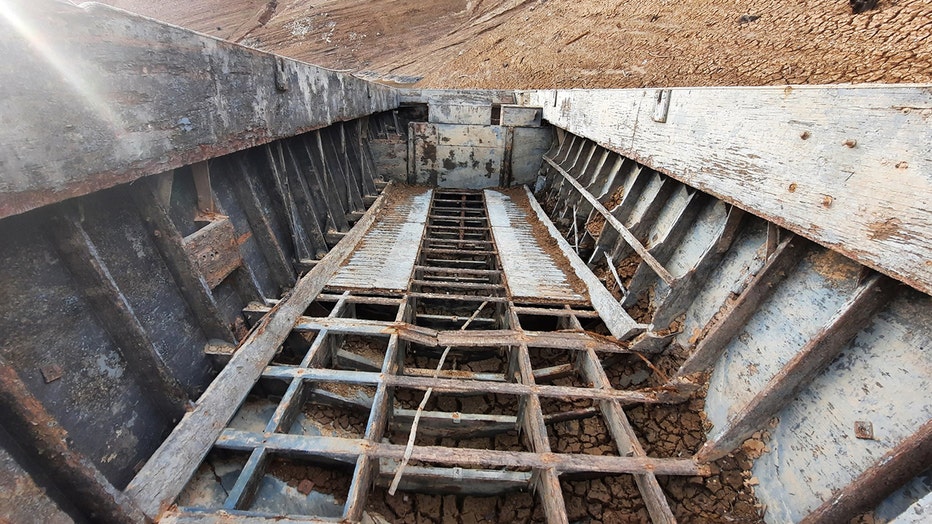 "This boat is referred to as 'The Ghost Boat,'' officials said on Facebook. "It really is quite remarkable how it emerged from the lake with so many stories to tell." The circumstance of its sinking remains a mystery.

Bearing the numbers 31-17, this landing craft emerged from the lake due to California’s ongoing drought. The receding waters revealed the artifact and levels sunk low enough to excavate the craft fully.

Local military historian James Dunsdon told FOX News he received a special permit to salvage the boat and dive deeper into its history.

"Some of the troops in here may not have made it back, so this may have been the last piece of U.S. territory they stood on," Dunsdon said.

In 1943, the boat was attached to the USS Monrovia, used by General George Patton as a headquarters during the invasion of Sicily. General Dwight Eisenhower also sailed on the Monrovia, before it headed for battles in the Pacific. 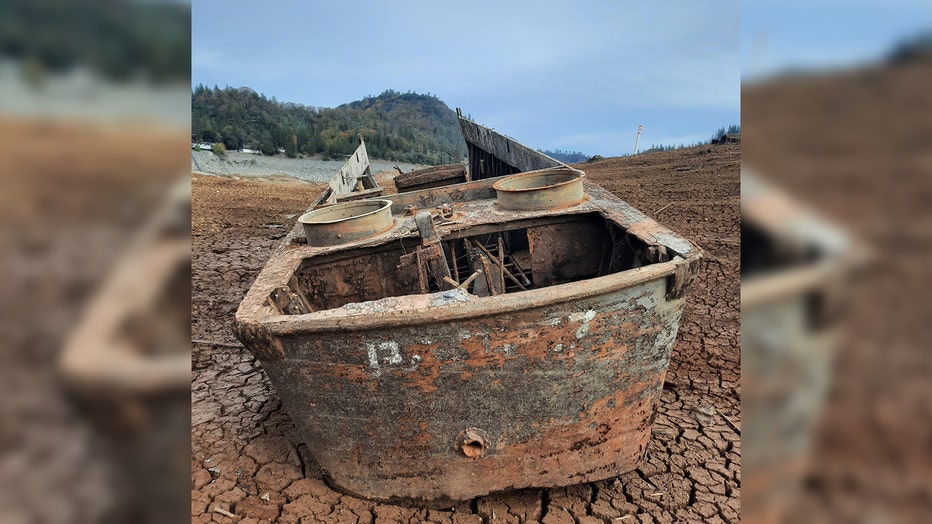 A view of the Ghost Boat discovered in 2021 (Todd Johnson, Stasta-Trinity National Forest)

Once restored, the boat will be displayed at the National Guard Museum in Nebraska — the home state of Andrew Higgins himself.

"The veterans of World War II are getting up there in age, so they’re not going to be around too much longer to tell the stories, so boats like this are really going to be the only things left to tell those stories," Dunsdon continued.

RELATED: Newly-discovered tunnel may lead to lost tomb of Cleopatra

He noted the restoration process could take a few years but plans to keep the boat’s look "weathered" as a reminder of its time in the lake and as a respect to its combat history.

FOX News and Claudia Cowan contributed to this story.