WEST HOLLYWOOD, Calif. - A woman running for the West Hollywood City Council said she is facing racist threats because of her background.

Sepi Shyne is an Iranian woman who identifies as lesbian, and is married to a woman. Shyne ran for city council last year, and is running again this year. She said she has received threats online.

"There was a gentleman who posted on one of my videos like 'we don't want a Muslim terrorist running city hall, if you come to my door, I'm going to mace you' and I was taken aback that somebody would say something like that," said Shyne.

Shyne said the most recent threats came to her Instagram direct messages, and she posted photos of the threats on her social media.

"They [the messages] are really beyond anything I can imagine. They not only said horrible things about Iranians, Jewish Iranians, Israel and myself, but then they brought my mother into it," said Shyne. 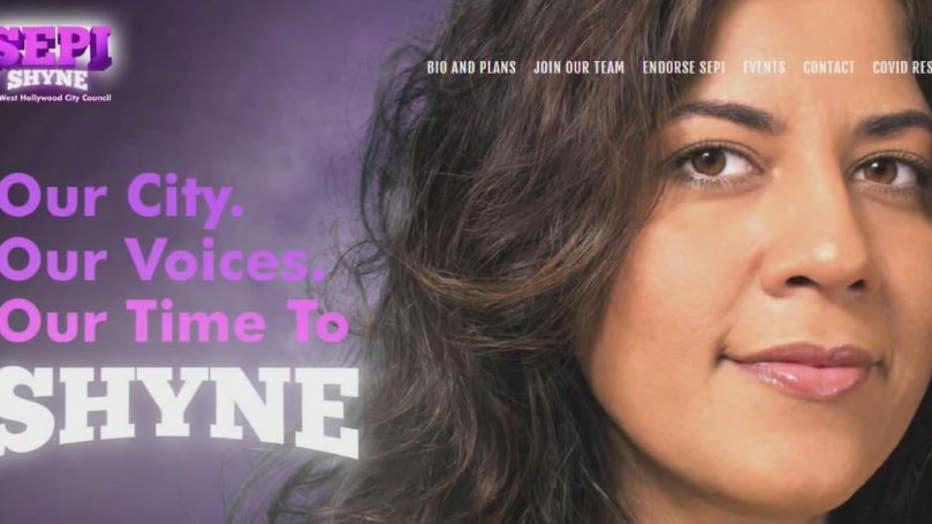 Shyne posted about her experience on her public page to inform others.

"Given what has happened to other people of color running and there's been articles that women that run for office and then get into office receive a lot of threats and abuse so I think it's important to talk about it. It's things that no candidate should be going through because my focus needs to be running for office and what I'm going to do to make the lives of our residents and businesses better. As people of color running for office, there's so few of us and whenever we are the first or one of the few, things like this do come up. It goes with the territory of creating change unfortunately," Shyne said.

"They [Instagram] took it under consideration, and I got a response that these accounts don't violate their community guidelines so they didn't do anything to delete their accounts or take any action unfortunately. I think that is completely unacceptable. There's one thing we do have freedom of speech, however, hate speech, there's no freedom for hate speech, and these can actually be considered forms of hate crimes in my opinion so they need to tighten up their guidelines," said Shyne.

Shyne believes it's important for candidates of color to talk about the challenges they face.

"Representation is absolutely important because there needs to be more black, indigenous and people of color in office and more women in office. We still have huge disparities," said Shyne.

Shyne discussed the BLM protests, and said they are important, but the discussion needs to continue.

"I'm very grateful that we had a lot of people participating in the Black Lives Matter marches. All of that energy needs to be shifted in different ways. One is self reflection and self work. Walking in a BLM march one time, two times, four times is incredible and a great act of solidarity. The next step of really becoming anti-racist is doing the work, reading up on anti-racism, reading about the history of systemic racism and working to actively dismantle it," she said.

Shyne said since she posted about her experience, other people of color have reached out to her sharing their experiences with racism too.