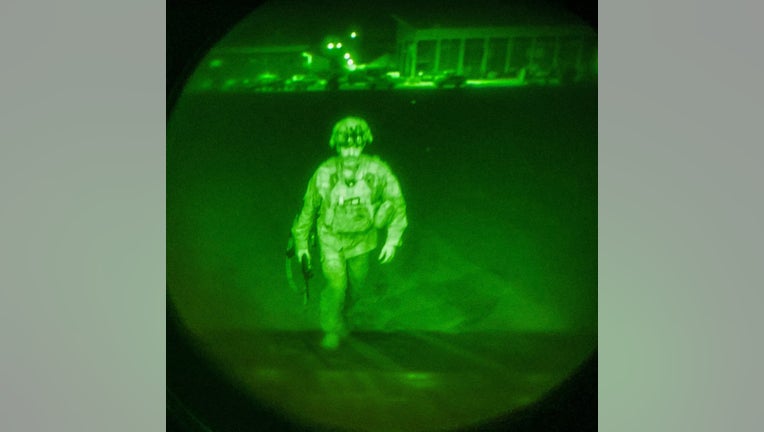 PHOENIX - With news that American forces have been completely withdrawn from Afghanistan, a viral photo has come to symbolize the end of America's longest war.

The photo, described by officials with the 18th Airborne Corp as that of the last soldier to leave Afghanistan, has been liked over 11,000 times and retweeted over 2,700 times on Twitter.

"Our troops displayed grit, discipline and empathy," read a portion of the post.

Who is that soldier?

While the tweet did not identify the soldier, the Defense Visual Information Distribution Service (DVIDS) as well as a Facebook page belonging to the 18th Airborne Corps, identified the soldier as Major General Chris Donahue.

"His departure closes the U.S. mission to evacuate American citizens, Afghan Special Immigrant Visa applicants, and vulnerable Afghans," read a portion of the photo description on the DVIDS website.

According to the U.S. Army, Maj. Gen. Donahue is the commanding general of the 82nd Airborne Division. Maj. Gen. Donahue's biography states He was commissioned as a second lieutenant in 1992, and later rose through the ranks.

"He has deployed 17 times in support of operations in Afghanistan, Iraq, Syria, North Africa, and Eastern Europe," read a portion of the biography.