Police are searching for the person they say shot a landlord and gardener at a Mar Vista apartment complex.

LOS ANGELES COUNTY, Calif. - Two people, a landlord and a gardener, were rushed to the hospital after they were shot in Mar Vista in broad daylight.

Neighbors recalled the surprising sound Wednesday morning, as residents describe the 3100 block of Barrington Avenue as a usually quiet area. 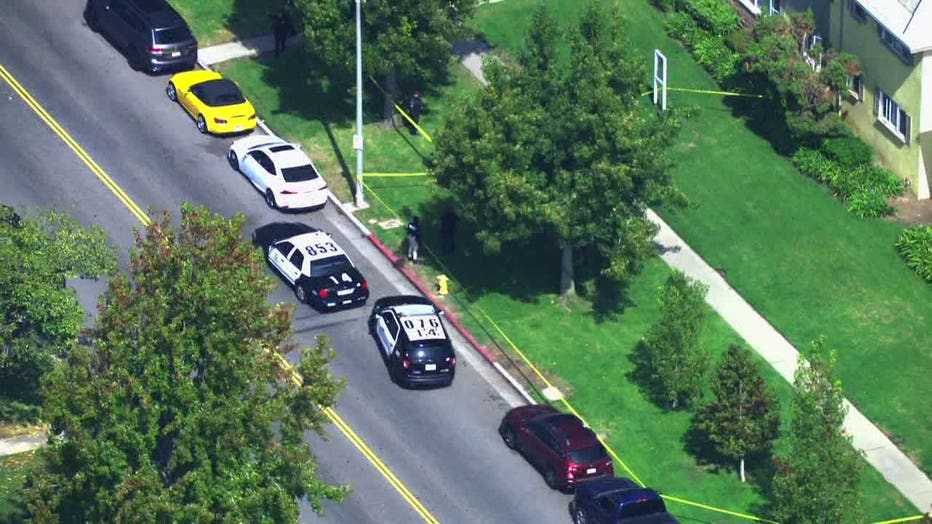 The landlord was believed to be targeted by the gunman. The gardener, according to witnesses, got caught in the crossfire.

Neighbors jumped in to help the shooting victims.

"One of my neighbors took off his t-shirt and put it on him because he kept bleeding," Patrick said when they were checking on the gardener. "I was trying to keep him alive."

Paramedics were able to take the two shooting victims to the hospital. The good Samaritans may have helped the gardener maintain consciousness as they awaited the arrival of paramedics.

"Just neighbors trying to look out for each other, that's all," said Benny, a neighbor who jumped in to help.

"We have a ton of babies with their parents that walk," said Michelle, another neighbor credited with saving the gardener's life.

Police believe the gunman drove off from the scene in a gray Lexus.