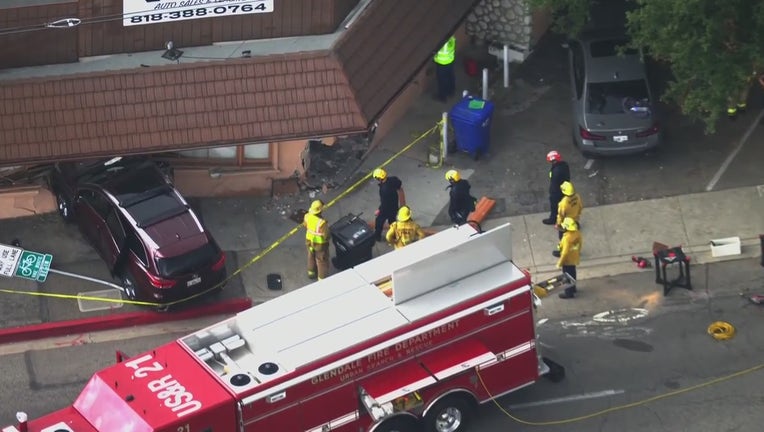 GLENDALE, Calif. - At least one person was injured after two cars crashed into a building in Glendale Wednesday afternoon, according to authorities.

The crash happened shortly around noon Wednesday, according to Glendale Police, at a building in the 3900 block of Pennsylvania Avenue. Images from SkyFOX show the building as Vibe Auto Sales.

One vehicle, seemingly a maroon SUV was seen completely up on the sidewalk, the front half of the vehicle in the building. The corner of the building was also struck in the collision.

One witness told FOX 11 that a person working in the building was hit and transported to the hospital. Glendale Police confirm rescue ambulances were called to the scene around 12:30 p.m, but didn't specify any injuries.

It wasn't immediately clear what led to the crash.