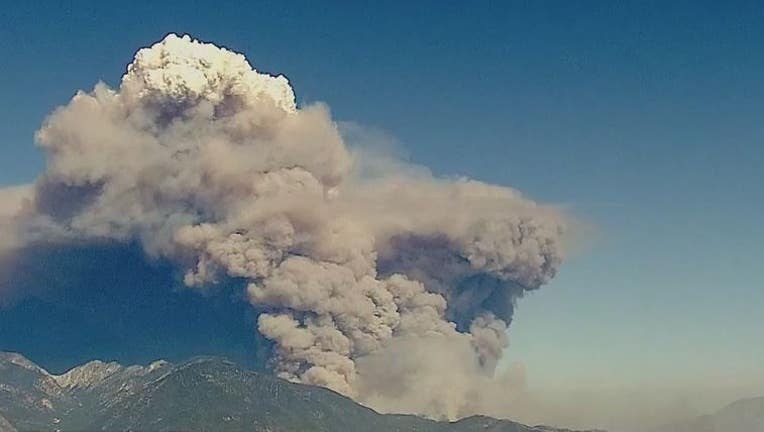 RIVERSIDE, Calif. - Air quality will be unhealthy through Sunday night in parts of the San Gorgonio Pass, the Coachella Valley and eastern Riverside County, due to the massive Apple Fire burning north of Cherry Valley, authorities said.

"Intense fire activity is generating a large smoke plume, which is mainly concentrated to higher altitudes and predominately above the valley floors.''

Winds near the fire will continue to be from the west today, but some clearing is expected in the Coachella Valley, the AQMD said. The smoke plume is expected to veer toward the north into the Morongo Valley and Yucca Valley.

Under such advisories, the  air quality is considered unhealthy for senior citizens and individuals who suffer from heart disease, asthma or other respiratory illnesses.

Health officials advise sensitive individuals living or working in areas affected by ash and smoke from the fire to minimize outdoor activities and stay indoors as much as possible.

More information on the fire is available from the Riverside County Fire Department at http://www.rvcfire.org. For air quality maps and forecasts,
visit www.aqmd.gov/home/air-quality.