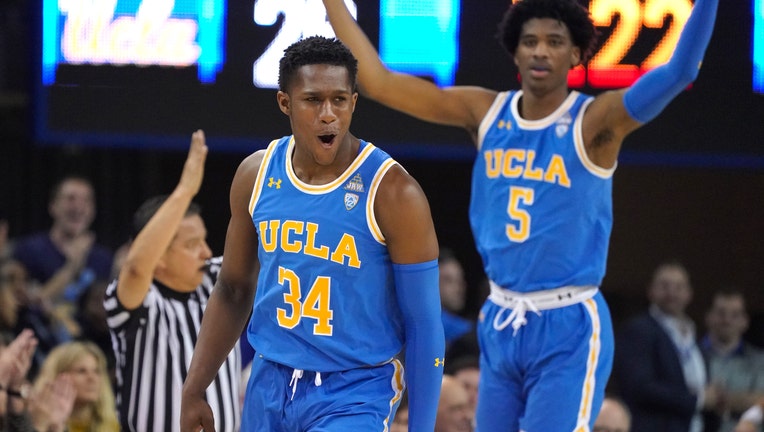 It's a big week for Pac-12 basketball with the NCAA tournament quickly approaching.

GAME OF THE WEEK:

UCLA at Southern California, Saturday. It’s been quite a turnaround for the Bruins. UCLA had an inconsistent nonconference season and opened Pac-12 play 1-3, yet is in position to win its first conference title since 2012-13. The Bruins, the only team to have locked up a first-round bye in the Pac-12 tournament, have won seven straight and are 12-5, a half-game ahead of No. 15 Oregon. UCLA will earn a share of the conference title with a win or any loss by Oregon. USC, which swept the Arizona schools last week, won the first meeting 74-63 at Pauley Pavilion

Oregon still has a shot at the title, needing two victories with a UCLA win to share the title, two wins and a UCLA loss to win its third Pac-12 title in five years. The Ducks host California on Thursday, Stanford on Saturday. Arizona State has an outside shot at its first Pac-12 title and first in any conference since 1974-75. The Sun Devils, at 10-6, will need to beat both the Washington schools, a loss by UCLA and at least one Oregon loss to share the title. Also at stake are the top four spots, which earn first-round byes in the Pac-12 tournament. Colorado and USC are 10-7, with Stanford and Arizona both 9-7.

The Pac-12 has seven teams with at least 19 wins, matching the Big Ten for most in the nation. ... Oregon’s Payton Pritchard has a chance to become the fourth player in Pac-12 history and first since Oregon’s Gary Payton in 1989-90 to lead the conference in scoring and assists. He averages 20.2 points and 5.5 assists. ... Nineteen Pac-12 teams have rallied from double-digit deficits to win.

Matt Bradley, California. The sophomore guard was the Pac-12 player of the week after averaging 23.5 points on 15-of-31 shooting and 5.5 rebounds to help the Bears sweep the mountain schools for the first time since 2017.

ON THE WOMEN’S SIDE:

The Pac-12 tournament starts Thursday in Las Vegas and will have six ranked teams for the first time. No. 3 Oregon, No. 7 Stanford, No. 8 UCLA and No. 13 Arizona earned first-round byes. The Ducks are the No. 1 overall seed for the third straight year behind Sabrina Ionescu, who was became the first player in Pac-12 history to be voted conference player of the year three straight seasons. The title game is Sunday and will be televised on ESPN2.