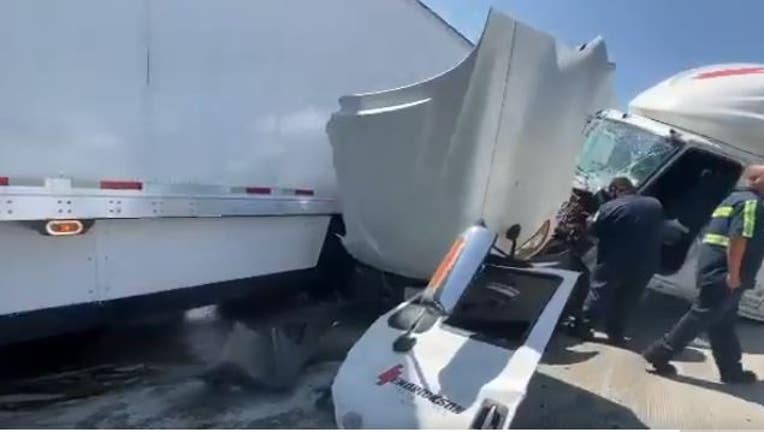 LOS ANGELES - A crash involving two big-rigs blocked traffic on the southbound 5 Freeway in downtown Los Angeles on Tuesday while crews worked to clean up some spilled diesel fuel.

The crash was reported at about 12:30 p.m. near the 5 and the 110 freeways, according to the California Highway Patrol.

Two people were injured. Firefighters freed one person from the wreckage, and that person and another person were taken to a hospital for treatment of injuries described as not life-threatening.

All southbound lanes of the 5 Freeway were closed at the 110 Freeway.

Officials urged drivers to avoid the area as of 1:30 p.m., where delays were expected to last at least another hour.