LOS ANGELES - Detectives at the Crescenta Valley Sheriff's Station are looking to identify the two people who broke into a mortuary in Sylmar.

According to the sheriff’s department, the two people broke into the Glen Haven and Sholom Memeorial Park and Mortuary on Lopez Canyon Rd. In Sylmar on July 4, around 3 a.m.

The suspects broke into the mortuary by removing tape and throwing a rock through a previously broken window. Once inside, they searched the building, then drank alcohol and stole a fire extinguisher, officials said in a statement. 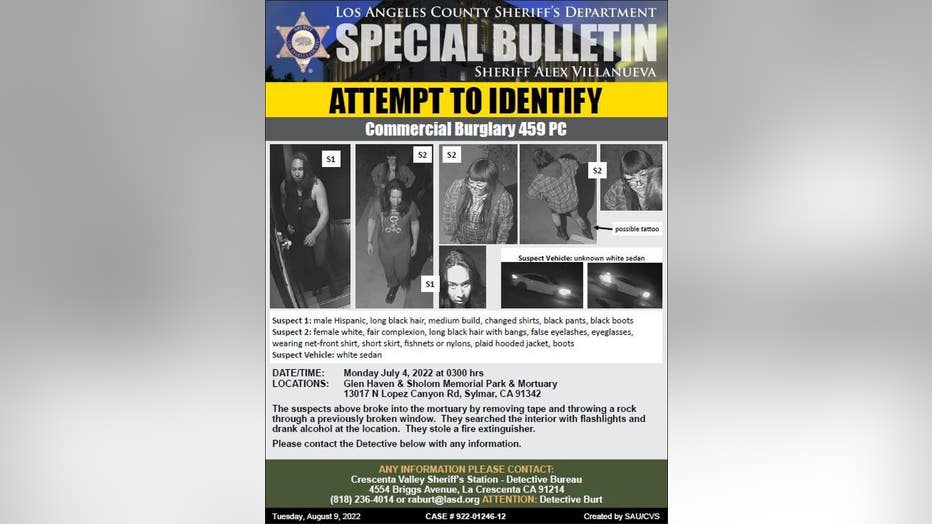 Anyone with information is urged to contact Crescenta Valley Station Detective Burt at 818-236-4014.