Timeline: How the civil rights movement unfolded throughout US history

Here's a timeline of the historical events of the civil rights movement that shaped the fight for social justice and against discrimination.

LOS ANGELES - The civil rights movement included a lot significant historical events that shaped the fight for social justice and struggle against prejudice and discrimination. Here is a timeline of the movement citing from History.com, Britannica Encyclopedia, National Parks Service, U.S. Civil Rights Trail, the Civil Rights Digital Library and the Library of Congress.

1863: Abraham Lincoln’s Emancipation Proclamation proclaims that all slaves are free.

1865: The 13th Amendment to the Constitution, prohibiting slavery, is ratified.

1868: The 14th Amendment to the Constitution, granting citizenship and equal civil and legal rights to African Americans and slaves, is ratified.

1866: The “Black Codes” were passed by all white legislators of the former Confederate States. Congress passed the Civil Rights Act, conferring citizenship on African Americans and granting them equal rights to whites.

1870: The 15th Amendment is ratified, giving African Americans the right to vote.

May 17, 1954: Brown v. Board of Education effectively ended racial segregation in public schools. However, many schools remained segregated.

Aug. 28, 1955: Emmett Till, a 14-year-old from Chicago, was murdered in Mississippi for allegedly whistling at a white woman. Even though his murderers were acquitted, his death brought international attention to the civil rights movement after “Jet” magazine published a photo of Till’s body at his funeral. 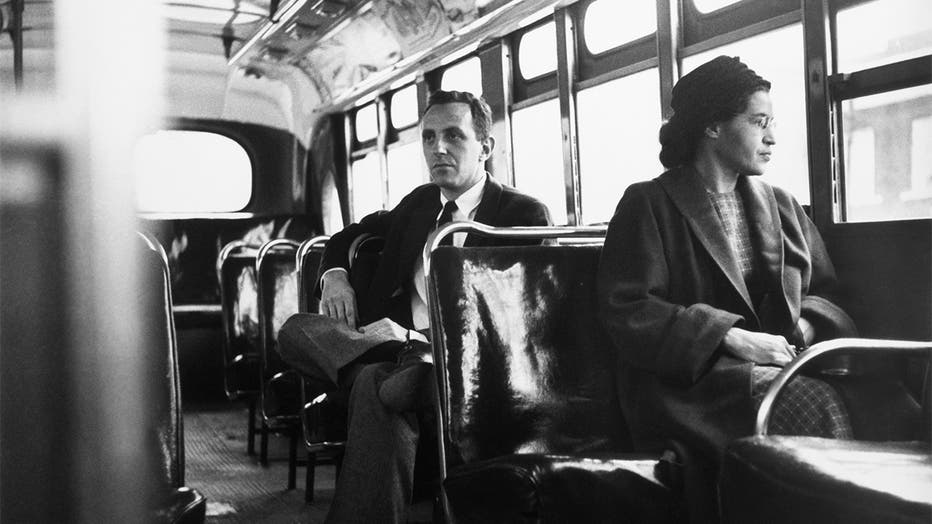 Dec. 1, 1955: Rosa Parks refused to give up her seat to a white man on a bus in Montgomery, Alabama. Her resistance ignited a year-long Montgomery bus boycott. 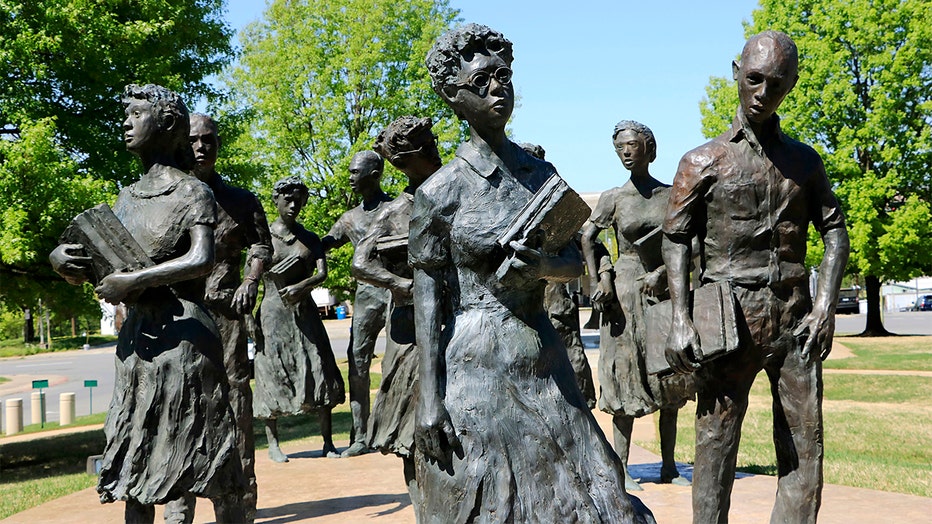 Sept. 9, 1957: Eisenhower signed the Civil Rights Act of 1957 into law to help protect voter rights. The law allows federal prosecution of those who suppress another’s right to vote.

1961: Throughout 1961, black and white activists, known as freedom riders, took bus trips through the American South to protest segregated bus terminals and attempted to use “whites-only” restrooms and lunch counters. The Freedom Rides, marked by horrific violence from white protesters, drew international attention to their cause.

1962: The Voter Education Project began. The VEP coordinated the voter registration campaigns of five civil rights groups: Southern Christian Leadership Conference (SCLC), the Student Nonviolent Coordinating Committee, the National Association for the Advancement of Colored People, the Congress of Racial Equality, and the National Urban League, according to the King Encyclopedia of Stanford University.

June 11, 1963: Alabama Gov. George Wallace stood in the schoolhouse door at the University of Alabama to prevent the registration and enrollment of African American students. The standoff continued until President John F. Kennedy sent the National Guard to the campus. 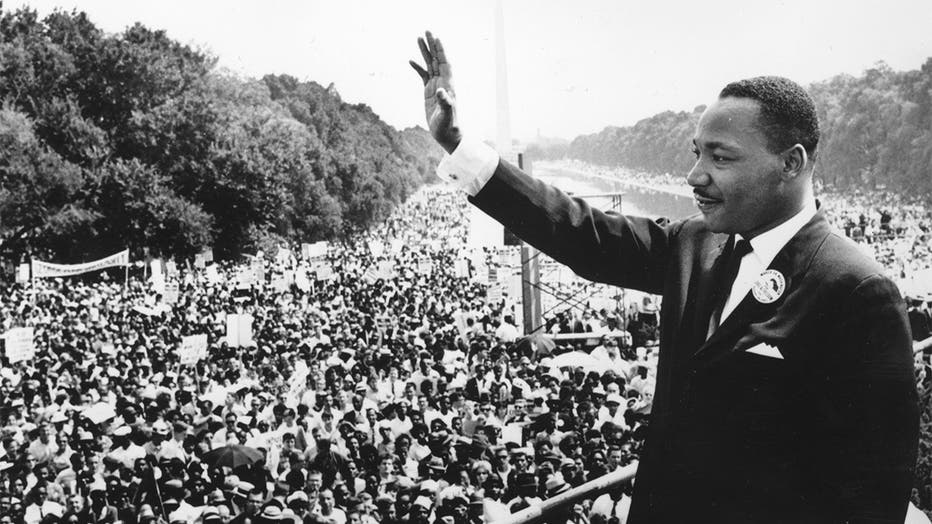 The civil rights leader Martin Luther King (C) waves to supporters on Aug. 28, 1963 on the Mall in Washington D.C. (Washington Monument in background) during the "March on Washington". King said the march was "the greatest demonstration of freedom in

Aug. 28, 1963: Around 250,000 people participated in The March on Washington for Jobs and Freedom. Martin Luther King Jr. gave his “I Have A Dream” speech as the closing address in front of the Lincoln Memorial, stating, “I have a dream that one day this nation will rise up and live out the true meaning of its creed: ‘We hold these truths to be self-evident: that all men are created equal.’” 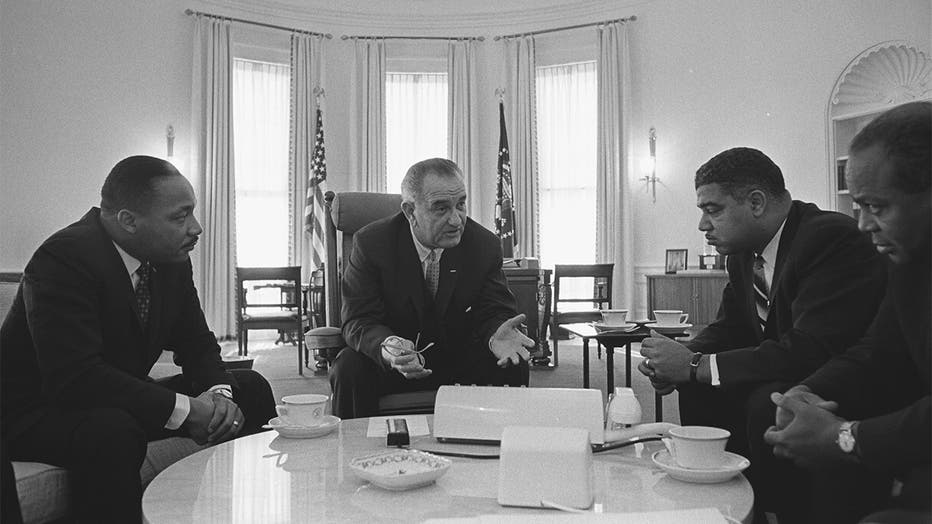 Feb. 21, 1965: Black religious leader Malcolm X was assassinated during a rally by members of the Nation of Islam.

Aug. 6, 1965: President Johnson signed the Voting Rights Act of 1965 to prevent the use of literacy tests as a voting requirement. The law also allowed federal examiners to review voter qualifications and federal observers to monitor polling places. 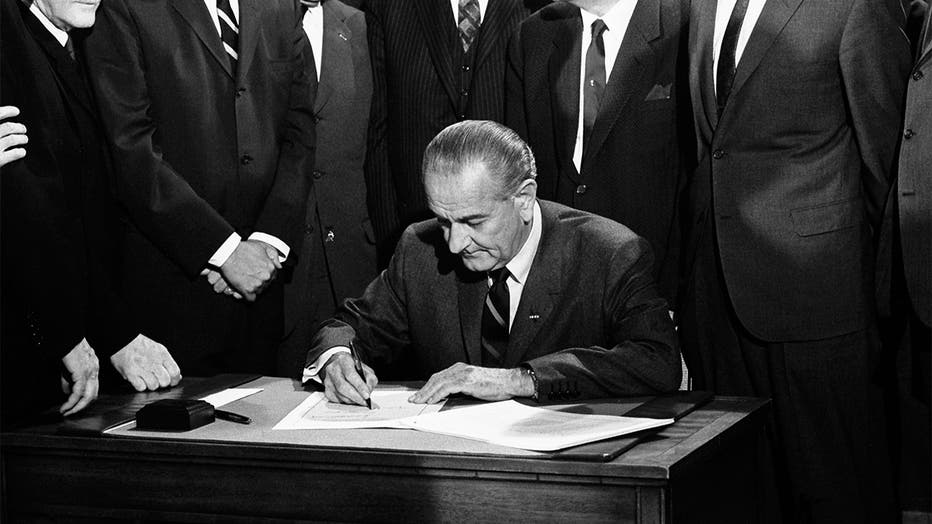 June 12, 1967: The U.S. Supreme Court found Virginia statutes banning interracial marriage unconstitutional in the case Loving v. Virginia. Chief Justice Earl Warren wrote for a unanimous court that the freedom to marry was a basic civil right. The ruling invalidated laws against interracial marriage in Virginia and 15 other states.

April 4, 1968: Martin Luther King, Jr. was assassinated on the balcony of his room at the Lorraine Motel in Memphis, Tennessee. James Earl Ray was convicted of the murder in 1969.

2008: Barack Obama was the first African American to be elected U.S. president.