The cheapest tickets on StubHub as of Tuesday afternoon were going for $993.

LOS ANGELES - Ticket prices for the first Los Angeles Lakers game following the death of NBA star Kobe Bryant have skyrocketed, as fans return to what many have called “the house that Kobe built.”

Tuesday's game against the Los Angeles Clippers at the Staples Center was too soon for all parties still grieving the news that Bryant, his 13-year-old daughter and seven others had died in a helicopter crash on Sunday.

The National Basketball Association said it postponed the game “out of respect for the Lakers organization, which is deeply grieving the tragic loss of Lakers legend Kobe Bryant, his daughter Gianna and seven other people in a helicopter crash on Sunday.”

The next game will happen Friday, when the Lakers will face the Portland Trailblazers. 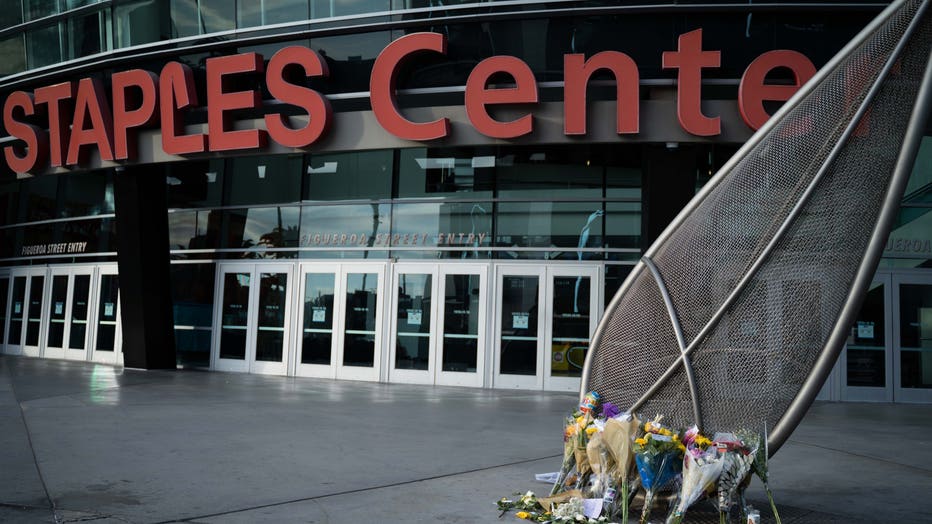 FILE - Flowers are laid in memorial for LA legend Kobe Bryant in front of an entrance at the Staples Center in Los Angeles, CA. on January 27, 2020.

Bryant was a retired veteran of the Lakers, playing for the team for 20 years and helping them win five championships. The untimely death of the 41-year-old basketball star shook the sports world to its core.

The Lakers learned about the crash while flying home from an East Coast road trip Sunday. LeBron James and several other players appeared to be visibly affected by the news when they got off the plane.

James, who had just passed Bryant for third place on the NBA’s all-time scoring list the day before his death, posted an emotional reaction on Instagram to the news, saying, "I literally just heard your voice Sunday morning before I left Philly to head back to LA." James, who joined the Lakers last season, said the two spoke by phone Sunday.

While the seats at Friday’s game are likely to be filled by a forlorn audience, for some, a price cannot be put on the need for Bryant’s fans to say one last goodbye.