Burglars were caught on camera targeting a Rolling Hills home.

LOS ANGELES - A trio of thieves were caught on camera burglarizing a home in the South Bay.

Home security video shows three suspects walking in and out of the victim’s Rolling Hills Estate home on Sept. 24.

They stole a 500-pound safe with a gold coin collection, potentially worth hundreds of thousands of dollars, jewelry, a TV, and a ceramic rooster.

The victim, a woman in her 70s, was not home at the time. Her son-in-law says the thieves seemed to target the main bedroom where they broke down the door. 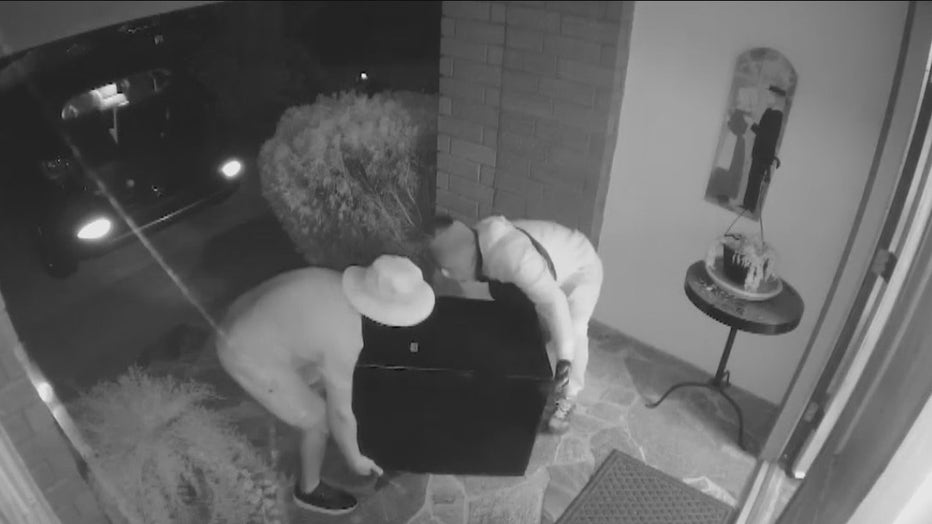 His mother-in-law says she has no idea who would do this. No arrests have been made. The suspect vehicle is described as a dark-colored Hyundai Santa Fe SUV. Anyone with information is urged to contact the Los Angeles County Sheriff’s Department.