Grover got a gift he’ll never forget. The 23-year-old got Joe Kelly’s Dodger jersey because of a trade. His mariachi jacket for Kelly’s jersey and it ended up getting national attention.

LOS ANGELES - Grover Castro got a gift he’ll never forget. The 23-year-old got Joe Kelly’s Los Angeles Dodgers jersey because of a trade.

He exchanged his mariachi jacket for Kelly’s jersey and it ended up getting national attention.

Castro and the group with which he performs were a Dodger Stadium Mariachi Garibaldi de Jaime Cuellar. The Mariachi band then got a surprise 24 hours later.

On the field, Kelly said to Castro, "Wanna trade? I’ll trade you that jacket for my jersey."

The Dodgers flamethrower said, "I brought my jersey."

When the two made the trade, Castro was in Dodger Heaven!

"Awesome man… thank you! Appreciate it man!" he told Kelly. 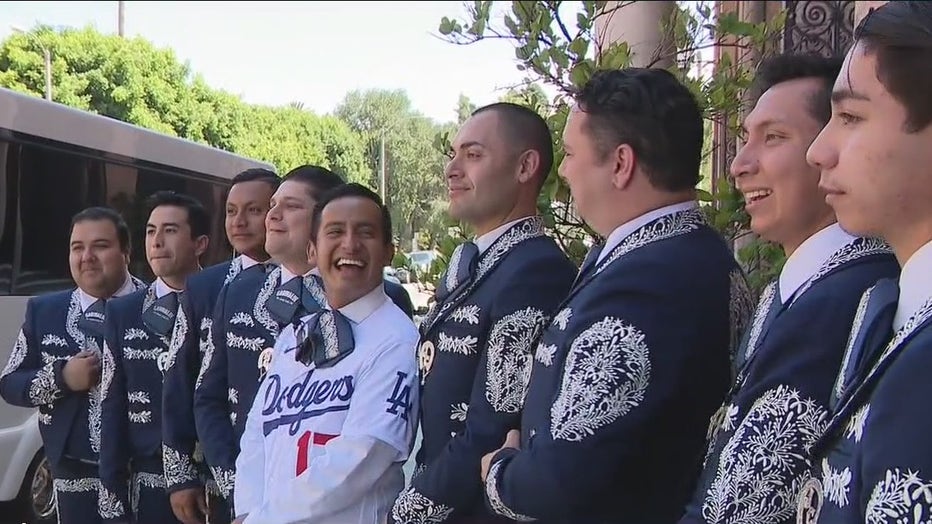 Kelly told FOX 11, "That moment is surreal. I think I kinda blacked out in that moment. It was crazy."

For many of us, that would have been the best day ever! But, it went a step further.

He wore it in an Instagram photo in front of the Lincoln portrait.

A fellow performer said, "It was a pinch-yourself-moment… like is this true… is this happening?"

It was and it was memorable.

One more thing. I tried trading my shirt for the Kelly jersey. Castro wasn’t interested. 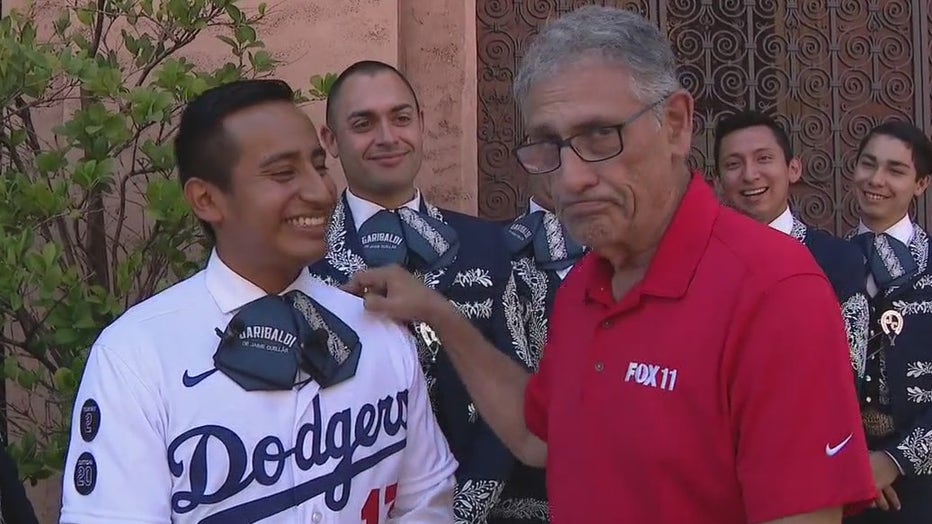