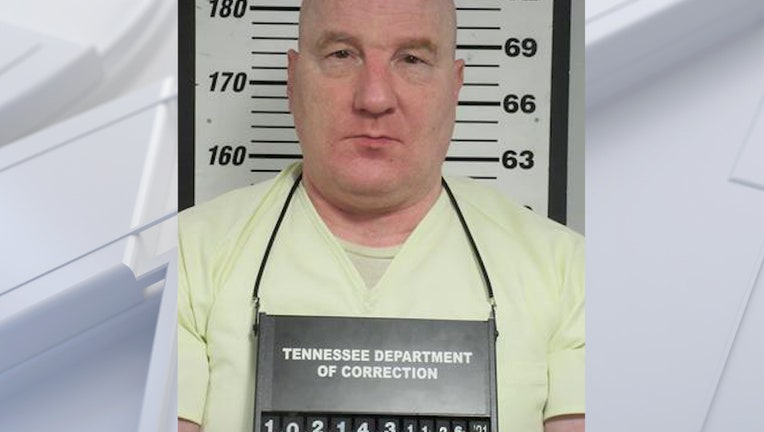 A Tennessee death row inmate severed his own penis with a hidden razor after being placed on suicide watch for slitting his wrists following a disagreement with jail officials over a food package delivery, his attorney says.

Henry Eugene Hodges, sentenced to death for the 1990 killing of a telephone repairman, mutilated himself by slicing off his own penis earlier this month after a disagreement with jail officials who didn't allow him to receive a special food package he had ordered, according to his attorney Kelley Henry.

Hodges became upset and began smearing feces in his cell after prison officials refused to let him have a package he had ordered because he had clear conduct for only the previous five months, rather than the required six months, Henry said. A guard then decided to stop feeding him in order to get him to stop smearing feces, she said. On Oct. 7, Hodges slit his wrists with a razor he had in his cell, Henry said.

Hodges was taken to the hospital’s infirmary where he asked to be put on suicide watch. A "high-ranking correctional officer" told the person treating Hodges that he was manipulating them and could be put on suicide watch back in his cell, Henry said. He was taken back to his cell where there was broken glass from a window he had broken as well as other razors that he had hidden.

When he got back to his cell, Hodges severed his own penis, Henry said, adding that the back and forth with jail officials happened within a two-hour period.

Hodges was sent to the hospital where doctors were able to reattach his penis. Hodges was then sent back to his cell where he has been bound on his thin mattress with six-point restraints. Hodges was initially placed in four-point restraints but was upgraded when he removed his hand to rip out his catheter.

Henry says that Hodges has been diagnosed with bipolar disorder mixed type and suffers from psychotic episodes.

Henry said she visited Hodges at the infirmary of the Riverbend Maximum Security Institution in Nashville on Thursday, where he has been kept naked in 4-point and 6-point restraints for a week. Henry plans to file a complaint in state court Friday alleging violations of Hodges' constitutional rights.

"He needs competent mental health care," Henry said. "Surely the prison can find a place to put him where he is not a danger to himself or others and does not have to be tied down like an animal."

Hodges was convicted and sentenced to death in 1992 for killing telephone repairman Ronald Bassett and received an additional sentence of 40 years in prison for robbing him.

Hodges was also convicted of a separate murder in Fulton County, Georgia, for killing a North Carolina chemical engineer shortly after killing Bassett.

The Tennessee Department of Corrections did not immediately respond to a request for comment from Fox News Digital.

Associated Press contributed to this report. Read more of this story from FOX News.