A crazy two-hour police pursuit of a Dodge Durango on Sunday afternoon.

LOS ANGELES - The CHP pursued a suspect in a Dodge Durango in a two-hour high-speed chase that started in Seal Beach and continued to Los Angeles on Sunday. 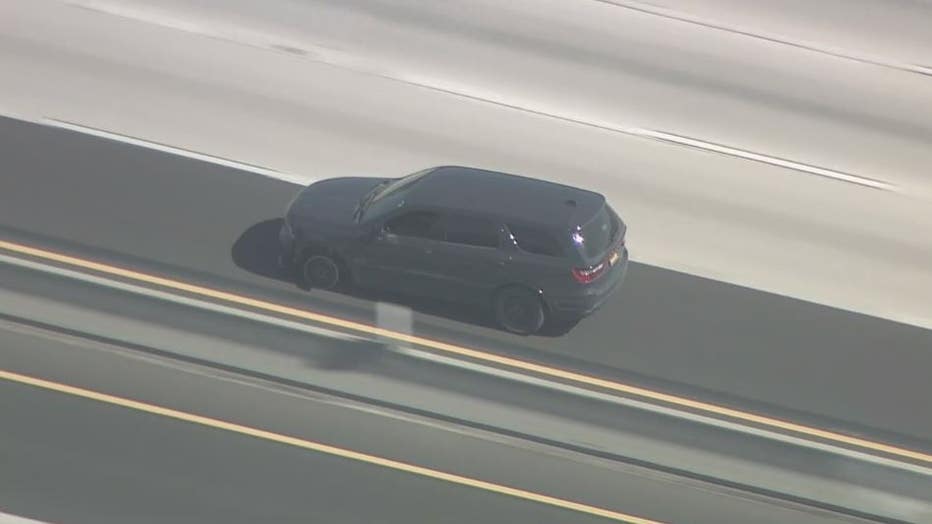 The chase started just before 3 p.m. on the 22 Fwy near the Seal Beach area of Orange County.

The suspect in a Dodge Durango hit speeds in excess of 100 mph. 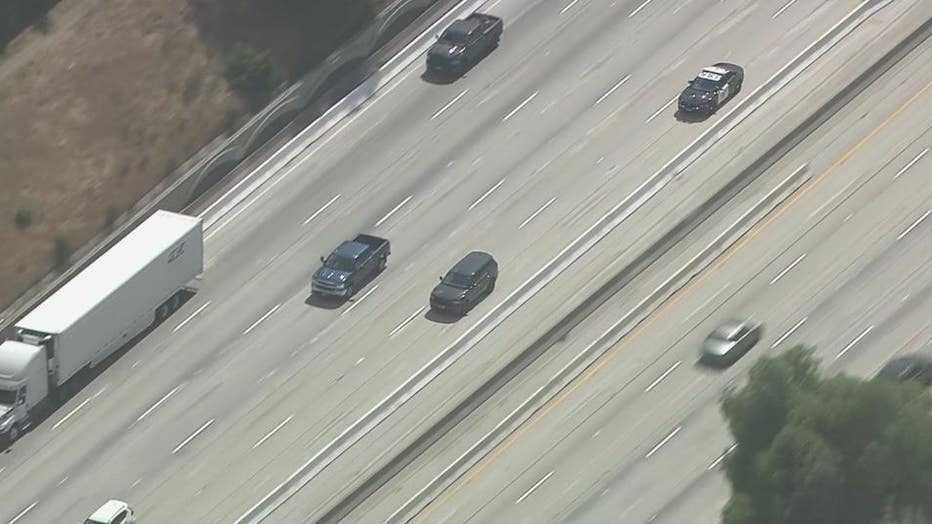 Then, the vehicle headed northbound on the 5 Freeway, at high speeds back into Los Angeles County. 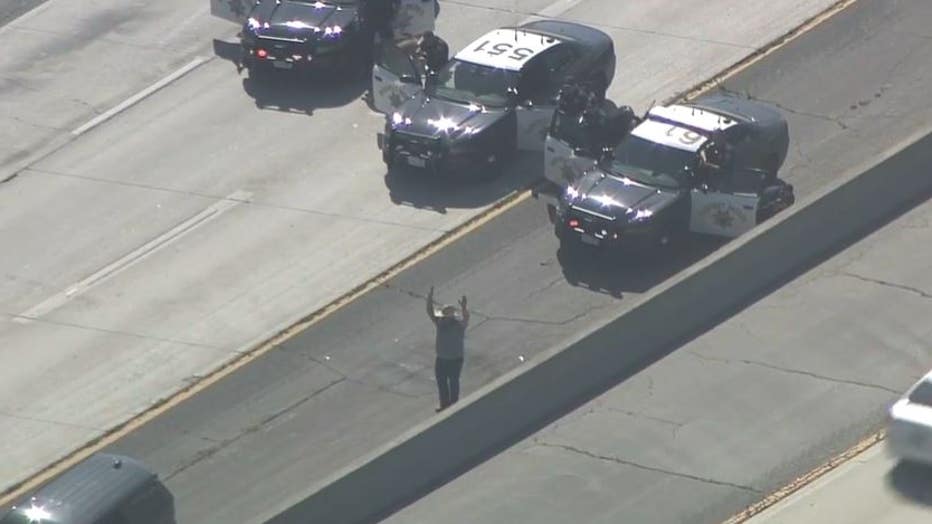 The California Highway Patrol continued to pursue the driver on the eastbound San Bernardino (10) Freeway approaching the Redlands area despite the fact that he apparently ran over a spike strip flattening his two front tires. 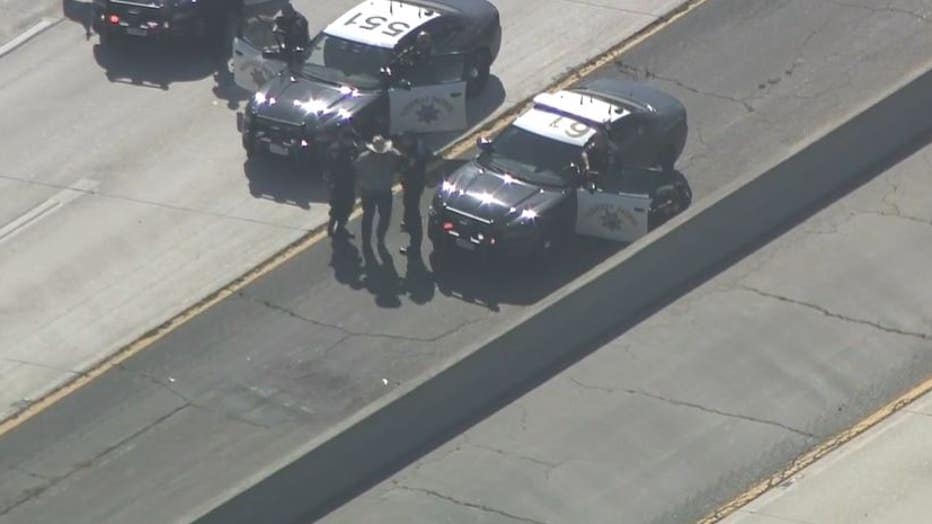 The suspect was taken into custody on the 10 Fwy (eastbound) in Banning after a two-hour long pursuit.