Suspect leads authorities on high-speed pursuit that ends in Burbank

SANTA CLARITA, Calif. - A driver who led authorities on a dangerous high-speed chase was taken into custody Tuesday evening after bailing out of a moving vehicle in a residential neighborhood in Burbank.

The suspect was involved in an assault with a deadly weapon against a deputy, according to the Sheriff's Department, before eventually making it to the 5 Freeway. Pursuit speeds sometimes reached over 100 MPH.

The suspect exited into the Burbank area where the pursuit went through residential areas before the driver exited the SUV and attempted to gain access to private property. Officers were quick to apprehend the suspect.

"They were putting him into custody, K-9 unit was out, saw him being taken into the first police car he was put on, they took off his hat and were patting him down," said Burbank resident Avery O’Neal. 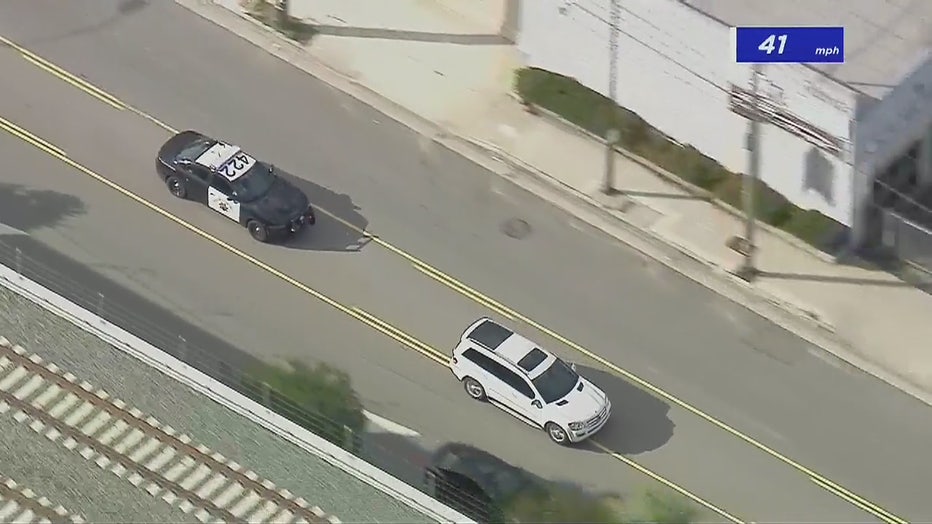 Near the end of the pursuit, the suspect crashed into a police vehicle. It was not immediately clear if this or any other officers, as well as the suspect, were hurt during the chase.

The suspect, whose name has not yet been released to the public, is facing multiple charges including felony evading and assault with a deadly weapon on a law enforcement officer. The investigation is ongoing.