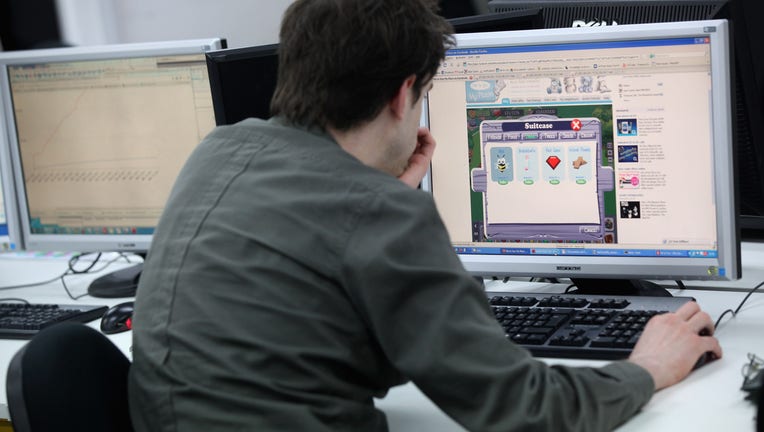 FILE: A man works at a computer in an office.

LOS ANGELES - Amid the #MeToo era, LeanIn.org and SurveyMonkey partnered to conduct online polls over the last two years about men and women's experiences in the workplace, and found that men are generally pulling back from women at work, according to the survey's key findings.

The online poll, conducted this year, found that 60 percent of managers who are men are uncomfortable participating in a common work activity with a woman, "such as mentoring, working alone, or socializing together."

The results mark a 32 percent increase from a year ago.

"Now more than ever, we need men to support women-not overlook or avoid them. When women have the same opportunities to succeed and lead as men, it makes the workplace safer and fairer for everyone," the survey pointed out.

Meanwhile, 36 percent of men say they have avoided mentoring or socializing with a woman "because they were nervous about how it would look," the survey findings said.

Regarding sexual harassment, the key findings said it still remains pervasive in the workplace and that there are dramatic differences in women's and men's views on the frequency and consequences of sexual harassment.

Regarding company accountability, employees said their companies are trying to prevent sexual harassment, but they don't think it's enough, according to the findings.

Still, however, half of employees said that punishments are not harsh enough, while 3 in 10 employees think that high performers are never or rarely held accountable when they harass someone, according to the key findings.

"Not harassing is not enough. We need men to support women's careers. That's how we'll achieve a workplace that is truly equal for all," LeanIn Founder Sheryl Sandberg and P&G's Marc Pritchard said.