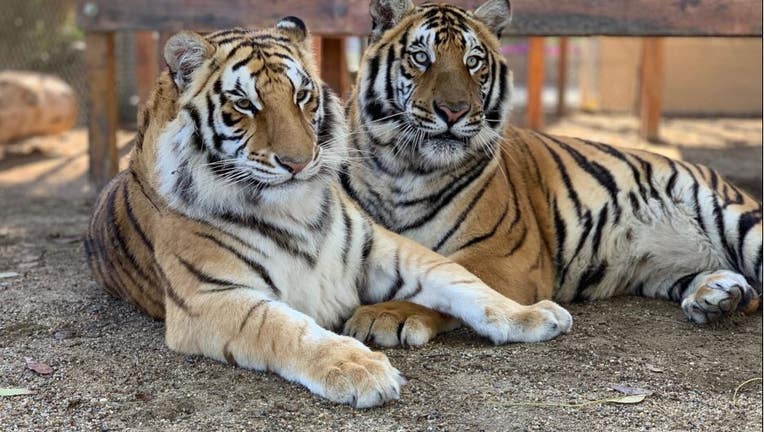 LOS ANGELES - A Studio City man has been convicted of illegally owning a tiger cub that appeared in a video with controversial YouTube star Logan Paul.

Nicholas Perkins, 33, was placed on probation for three years, ordered to pay nearly $6,000 in fines and $52,000 in veterinary bills after the tiger was seized in November 2017, Los Angeles City Attorney Mike Feuer said.

Perkins was also ordered to attend 16 hours of classes on animal cruelty and cooperate with any investigation into who bred and sold the tiger named Neil.

“We should never allow any animal to be exploited,” Feuer said in a statement online. “The defendant’s conduct here is illegal — and flaunting this treatment of an exotic, endangered baby tiger on social media sent a horrible message that behavior like this is OK. It isn’t.”

California Department of Fish and Wildlife investigators determined Neil’s location after being alerted to an Instagram post of a model posing with a tiger cub and after Paul posted a video in which he introduced his dog to the same cub. Both animals appear scared at various times and the cub makes noises of distress.

A disclaimer displayed in the video said it was “filmed in a closed and controlled environment with animal professionals.” At one point, Paul asked: “Why does the tiger sound like a dinosaur?”

Perkins was charged with illegally owning and mistreating a tiger cub after investigators served a search warrant at his residence and found the cat living in poor conditions. Neil was placed in the care of America’s Teaching Zoo, an exotic animal training program, at Moorpark College, northwest of Los Angeles.

Prosecutors initially suspected that Perkins obtained the tiger from an out-of-state dealer, though investigators have not determined how it came into his possession.

Paul’s video has been viewed more than 8.6 million times.

In 2018, YouTube temporarily suspended ads from his channel after he posted a video of himself near what appeared to be a body hanging from a tree in a Japanese forest that was known as a suicide spot.