For millions of student loan borrowers who have benefited from payment relief during the coronavirus pandemic, that interest-free pause is coming to an end in January.

In March, Congress passed the original coronavirus stimulus package, known as the CARES Act, which included temporary payment relief for federal student loan borrowers. The automatic pause on payments was set to expire Sept. 30 but was extended through Dec. 31 under an executive order signed by President Donald Trump.

Meanwhile, negations for another round of economic relief in Congress have been stalled for months amid a resurgence of new COVID-19 cases from coast to coast. The lame-duck session of Congress and a presidential administration on its way out further add to the lack of confidence many have about a new deal being struck before Jan. 1, 2021.

If you’re a federal student loan borrower, here’s what you need to know:

How should borrowers prepare for payments to resume in January?

For those who have taken advantage of the suspended loan payments since March, experts advise first getting in touch with the servicer, either by logging into an account online or by calling to speak with a representative, to understand exactly when the first payment will be due — and how much it will be.

“Be prepared that the payment could start automatically. You don’t want to find out that you have a payment due and you can’t afford to make the payment,” said financial attorney Leslie Tayne.

The next step for borrowers is to assess their budget for January 2021, which could potentially look a lot different than before the pandemic. Business shutdowns to help curb the spread of the virus also devastated the U.S. economy and sparked record unemployment levels — leading many to still be out of work or still receiving a reduced income.

Considering the resumption of payments is scheduled to occur immediately following the holiday season, this is another reason to be proactive about financial planning.

“Really take a good look at your budget, and not just your budget today, but obviously that budget post-holidays. If you’re planning on spending for the holidays and in January you plan to pay those bills, remember that your student loan payment may be due too,” Tayne added. 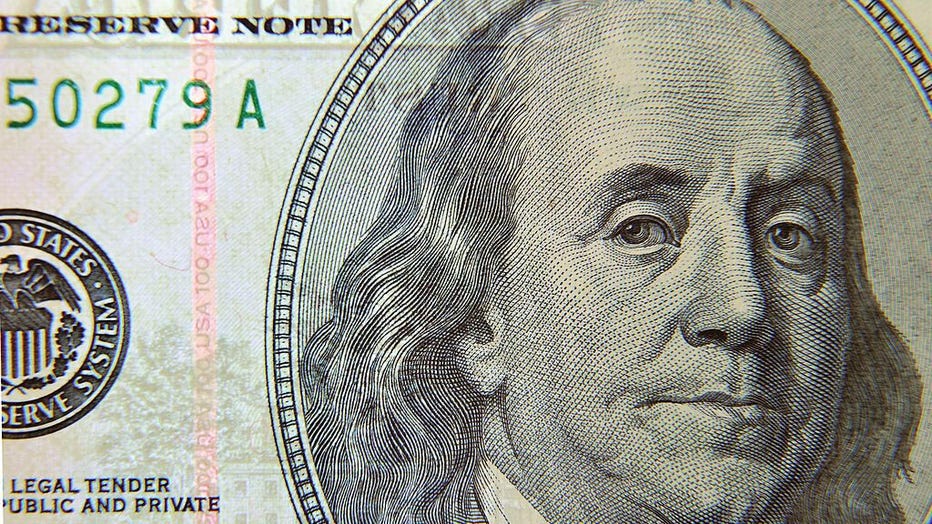 A file image shows a close-up of the front of the United States $100 bill bearing the portrait of U.S. statesman, inventor and diplomat Benjamin Franklin. (Photo credit: PAUL J. RICHARDS/AFP via Getty Images)

What if borrowers can no longer afford their student loan payments?

The high unemployment rates in the country mean that hundreds of thousands of Americans are likely still struggling to make ends meet, and that will only be compounded once student loan payments resume in January.

A Pew survey in late October found that 58% of borrowers reported that it would be difficult to resume student loan payments if they had to in the next month.

Experts advise borrowers to consider the variety of repayment options available for federal student loans. This includes an income-driven repayment plan, which calculates the payment based on a specified percentage of the individual’s monthly income.

If a borrower has federal loans spread out over multiple loans, they can also consolidate them into one loan with one interest rate. This could help lower the interest rate from the average of a borrower’s individual loans and simplify the payment.

For Americans whose income has changed since their last payment or they’re simply confused about what options they have, it’s advised that they contact the servicer and ask questions. Borrowers should be prepared with information needed to change programs, which can include a recent pay stub or proof of unemployment.

“You have to be your own advocate financially because no one else is going to do it for you,” Tayne said.

Tayne added that no question is a stupid question.

“Say, ‘I’m really not understanding how this applies to me. Is there another way you could explain it to me so I could understand?’ Don’t be embarrassed to say I don’t understand,” she explained.

What if borrowers have continued to make payments on their student loans this year?

For borrowers who have been able to continue making student loan payments this year, experts say the interest-free period makes it a great opportunity to pay down the student debt. Some individuals may want to consider paying more toward their loans before the interest kicks back in since the money can go even further now as it’s being applied straight to the principal balance.

It’s also advised that borrowers check in with their servicer to see what their new monthly payment will be. For those who prefer to use auto-pay, which was turned off when the deferment period began, they’ll need to set that back up so they don’t miss a payment.

Will the Biden administration move to forgive student loan debt or extend relief in 2021?

Throughout his campaign, President-elect Joe Biden called for options to ease student loan debt and extend coronavirus relief in 2021.

It remained unclear whether Trump plans to provide another extension before the end of his term, or if Biden will pursue a similar executive order once taking office on Jan. 20.

A U.S. Department of Education spokesperson did not immediately return a request for comment, nor did Biden’s transition team.

Regardless, Biden won’t take office until weeks after Jan. 1 so federal student loan borrowers should plan on making one or more payments at a minimum — regardless of what actions he might take as president.

“Don’t rely on something like that. The same thing with Congress. You have a lot of new people who have new positions. It’s a new administration. They need some time to really examine this,” Tayne said.

Tayne added that she wouldn’t expect any “dramatic changes to student loans” within the first six months of 2021.

“Continue to make your payments, continue to try to pay them off. Focus on that,” she said.

Roughly one in six American adults owes money on federal student loan debt. This week, Sen. Minority Leader Chuck Schumer urged Biden to enact a plan that would cancel up to $50,000 of student debt per borrower under executive authority. Schumer and Sen. Elizabeth Warren, D-Mass., proposed the plan earlier this year.

Schumer said that Biden could use existing executive authority under the Higher Education Act to order the Department of Education to “modify, compromise, waive or release” student loans. He estimated it would provide total forgiveness to more than 75% of borrowers and partial forgiveness for more than 95%.

Following Schumer’s comments, a Biden official told FOX News that the president-elect is calling for “immediate” action to forgive $10,000 of student loan debt for borrowers — but that the action should take place in Congress.

Still, if some segments of the population benefit from student loan forgiveness in the future, Tayne argues that you could potentially end up paying in another area. The U.S. Department of Education holds more than $1.4 trillion in student debt, according to a report by the New York Times.

“At some point, if they forgive a portion of student loans and it’s impactful on the government’s income, they have to make up for it elsewhere,” Tayne said. “And that means other things will be taxed, and that then trickles down to us. You’re going to pay one potentially way or another.”

What are some helpful resources to better understand student loan debt?

The federal government has a website dedicated to answering questions related to student loan borrowers impacted by the coronavirus pandemic, including topics such as income-driven repayment and private student loans.

There are a number of other online resources dedicated to providing financial education, including the topic of student loans. Tayne recommends websites like The Balance, Nerdwallet and Bankrate, and podcasts such as Stacking Benjamins, Afford Anything, and Popcorn Finance.

“(Student loans) are there to help you and to give you a basis for a future. And if you look at it from a different perspective, you’ll learn to accept it, manage it, pay it, and be done,” Tayne said.