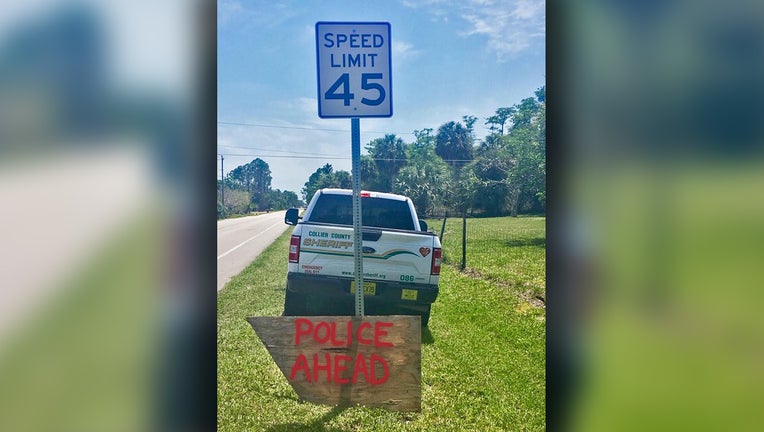 GOLDEN GATE ESTATES, Fla. (FOX 13) - A Florida sheriff's office says its speed trap was foiled by someone who used a handmade sign to warn drivers.

Deputies said they had set up their speed enforcement operation in response to residents' requests in the area, only to find no one was speeding.

"After a significant amount of time had passed they were puzzled," the sheriff's office wrote, noting traffic was steady so there should have been more speeders to catch.

Their suspicions were confirmed after they packed up and left their spot.

"As they left the area they spotted this sign about a quarter of a mile ahead of their enforcement site. Mystery solved," they wrote. "Well played, Anonymous Sign Artist. Well played."