Massive fire breaks out at a pallet yard in Compton

Crews are working to take down a large pallet yard fire in Compton.

Firefighters responded to a call in the 1200 block of North Rose Avenue around 5 p.m.

Fire crews from Compton, Santa Fe Springs, Downey and Los Angeles County were among those responding to the five-alarm fire. 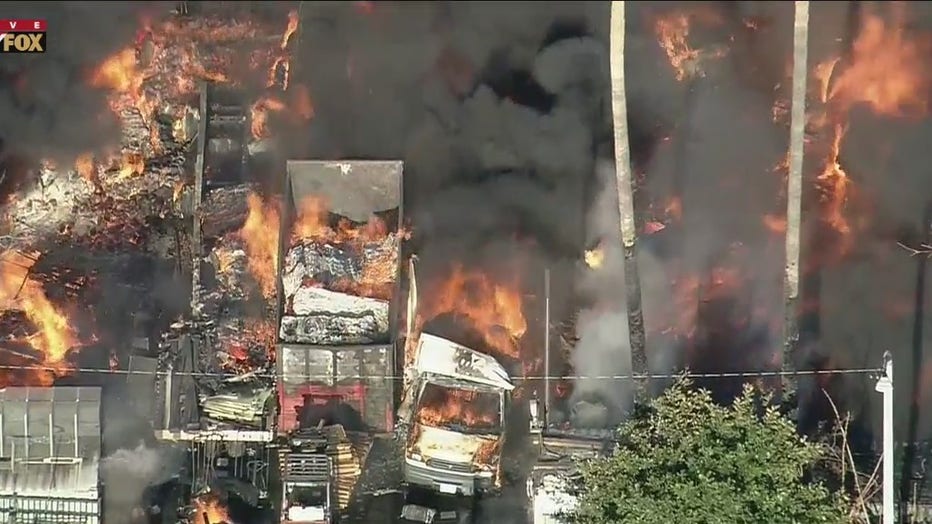 Officials did not specify what caused the fire to break out. The fire destroyed three homes and damaged a fourth, Los Angeles County Fire said.

No injuries were reported in the blaze.

Wednesday's massive blaze comes just weeks after a fire broke out at a different industrial site in Compton. No injuries were reported in the Feb. 2021 fire.