No one wants to go to hell — neither the place of eternal damnation nor a new planet scientists recently discovered.

The Monthly Notices of the Royal Astronomical Society recently published findings of astronomers who found Earth-like planets circling so close to their host star that their surfaces were molten, making them “lava planets.” One of the planets is called “K2-141b.”

K2-141b sits on the edge of our solar system. Scientists used computer models to predict the planet’s conditions. 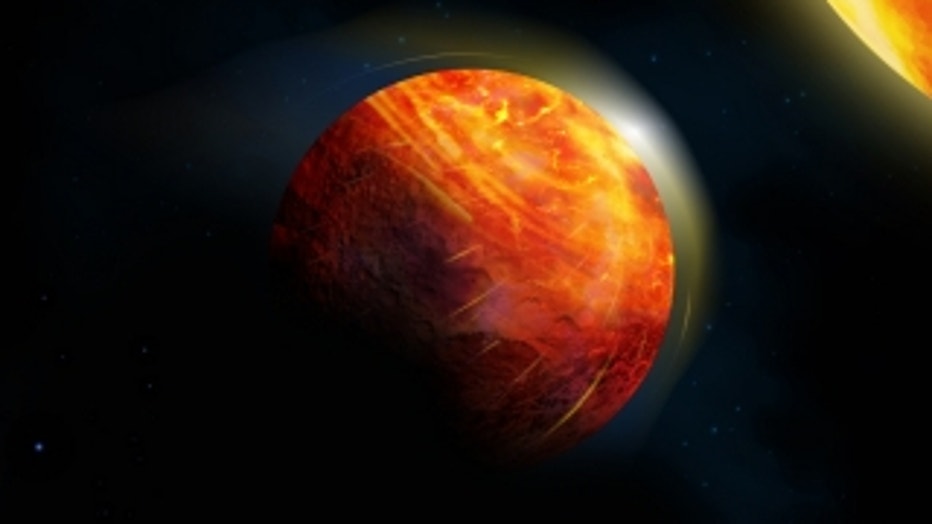 An artist rendition of a K2-141b (Image by Julie Roussy, McGill Graphic Design and Getty Images.)

“Our finding likely means that the atmosphere extends a little beyond the shore of the magma ocean, making it easier to spot with space telescopes,” says Nicolas Cowan, a professor in the Department of Earth & Planetary Sciences at McGill University.

But in some ways, the hellish planet mimics Earth in terms of precipitation.

Water on the Earth evaporates, rises into the atmosphere, condenses and falls back as rain. But on K2-141b, that “rain” contains sodium, silicon monoxide and silicon dioxide. On Earth, rain falls back into the ocean and the water cycle repeats. On K2-141b, supersonic winds carry the “rain” to fall into magma oceans, before evaporating and becoming rock rain again.

Scientists intend to study the planet more and confirm their hypothesis, hoping in the meantime that the hell planet won’t freeze over.