FORT MYERS BEACH, Fla. - The county manager for Lee County, Florida, Roger Desjarlais said officials are doing everything they can to tamp down rumors amid recovery efforts after Hurricane Ian.

Some rumors, he said, are started by those who would seek personal gain from misinformation, like scammers.

"Every disaster has rumors, and we try very hard to do rumor control," Desjarlais said. "When we find them, we have zero tolerance for that, and we will arrest them and prosecute them." 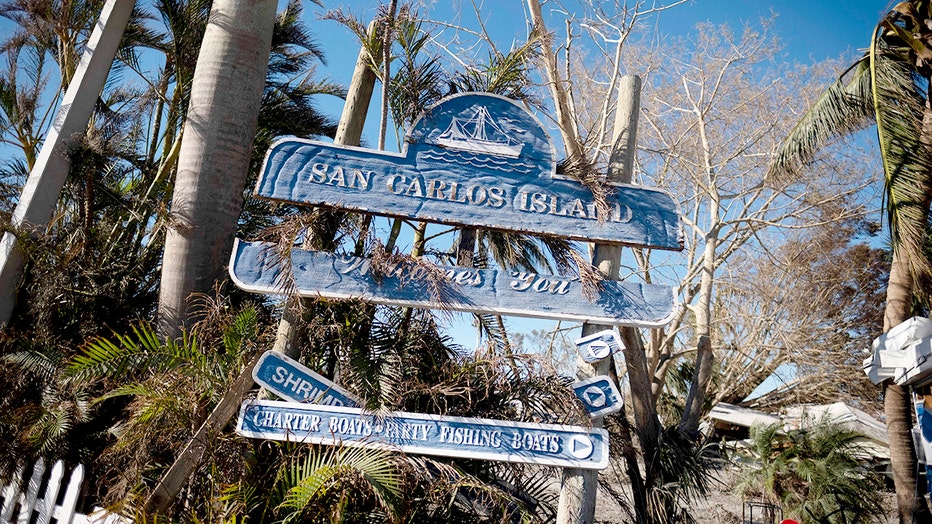 A damaged San Carlos Island sign is seen in the aftermath of Hurricane Ian in Fort Myers Beach, Florida on October 2, 2022. - The confirmed death toll from Hurricane Ian, which slammed the southeast United States last week, has risen to at least 62,

However, one rumor has prompted action. Locals want to know if Lee County is trying to "starve people off Pine Island, because they're not getting food," Desjarlais said.

"The truth is that food is being delivered to Pine Island," Desjarlais said, with a caveat.

"Is it enough? And to sustain them over a long period of time? I can't say that yet. None of us can, but I can tell you it is a National Guard mission. Food is being dropped and will continue to be dropped at the three fire stations on Pine Island."

Sen. Jeff Brandes says Florida lost six insurance companies in the past six months, and one left just a few days before Hurricane Ian arrived. The property insurance market will be rocked by it, he explained, and residents should expect a 30-40% rate increase next year.

He added that he is not sure how long those efforts would continue, but a team was going to Pine Island Monday evening to confirm food is being delivered.

Anyone who wishes to report a rumor or get information about recovery efforts is encouraged to visit https://www.leegov.com/hurricane/storm.

Five days after Hurricane Ian made landfall on Florida’s Gulf Coast, close to 700,000 residents were still without power. Governor Ron DeSantis said an army of 42,000 utility workers responded to the call for help to restore outages.

Desjarlais said county, state and national officials would do everything they could to help residents, however, many of the current emergency situations could have been avoided if residents had listened to evacuation orders. 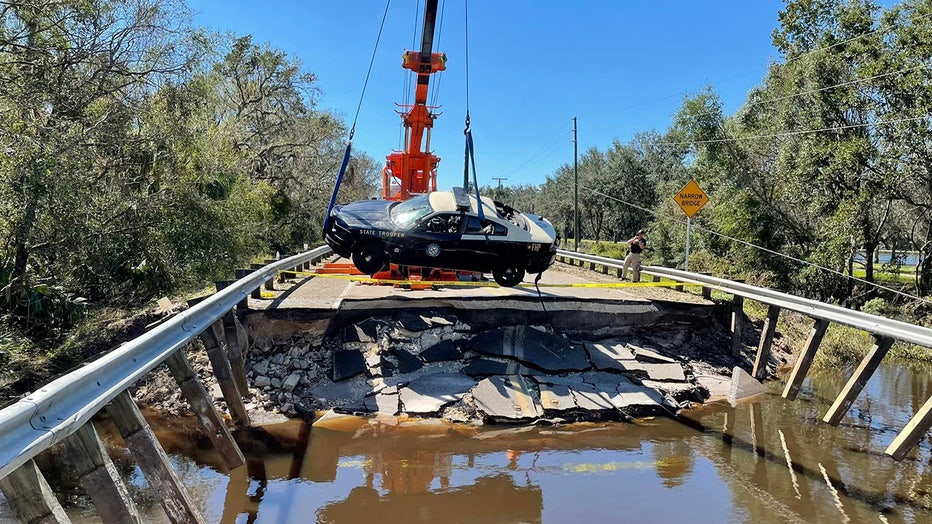 "We had room for 40,000 people in our shelters, but we only had 4,000 show up," the county manager said. "In modern history, we haven't had a storm like this. People become complacent. They just do. How many times, living in Florida, do you hear people talking about hurricane parties?"

However, Desjarlais pointed out that the predicted path of the storm did not show a direct hit to the Fort Myers Beach area until the last 24 hours before landfall. 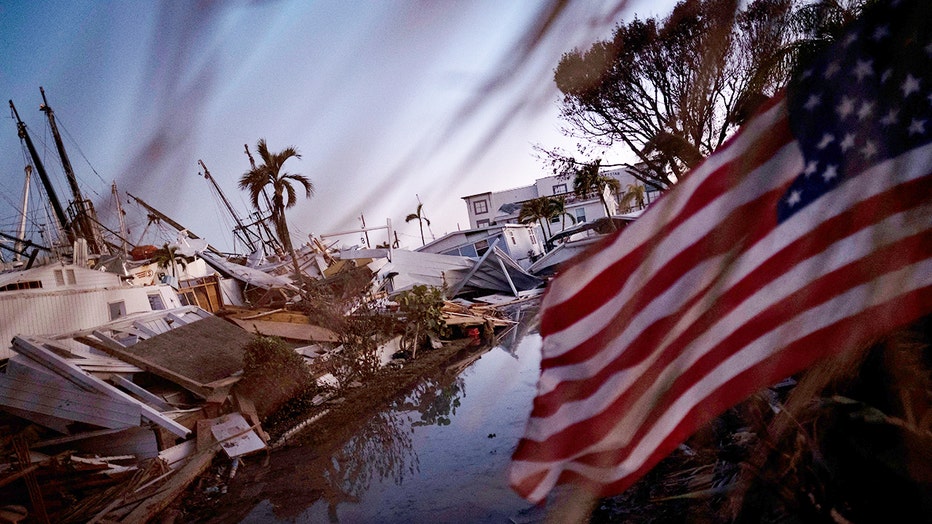 TOPSHOT - Destroyed trailer homes are seen in the aftermath of Hurricane Ian in Fort Myers Beach, Florida on October 2, 2022. - The confirmed death toll from Hurricane Ian, which slammed the southeast United States last week, has risen to at least 62

The county manager said it's not illegal for people to be in their homes right now, but being at home in Fort Myers Beach is dangerous, until further notice.

In addition to helping residents who chose to hunker down in their homes during the storm, Florida's director of emergency management, Kevin Guthrie, said emergency crews are now dealing with out-of-towners who want to see the damage up-close.

"Do not disaster sight-see. Anybody that is just coming into an area to see the damage needs to leave the area so that first responders can do their jobs," Guthrie said. "Do not fly drones where responders are at. Helicopters will have to cease operations until we identify where the drone is being operated from and take that drone out of service."

"It's gonna be awhile. I don't think it's unreasonable to say 30 days, at this point," before it might be safe for residents to return, he said.