'The Suicide Squad' hits theaters and HBO Max on Friday

FOX 11's entertainment reporter Amanda Salas caught up with the stars of 'The Suicide Squad' on GDLA.

CHICAGO - Yes, the "heroes" of "The Suicide Squad" are supervillains. But they’re fun supervillains, and in James Gunn’s soft reboot of David Ayer’s 2016 film "Suicide Squad," that makes all the difference.

They’re such a good time, in fact, that it’s all too easy to to overlook the odd sociopathic tendency and fall a little bit in love with the whole bunch of them, including — or especially — the giant talking shark.

So please heed this warning before opening HBO Max or heading to the theater to see Gunn’s giddy, profane, and astonishingly bloody "war caper": Don’t get too attached. These cads aren’t all to be trusted. Even if they were, the warning stands, because with Gunn at the tiller, no one is safe. 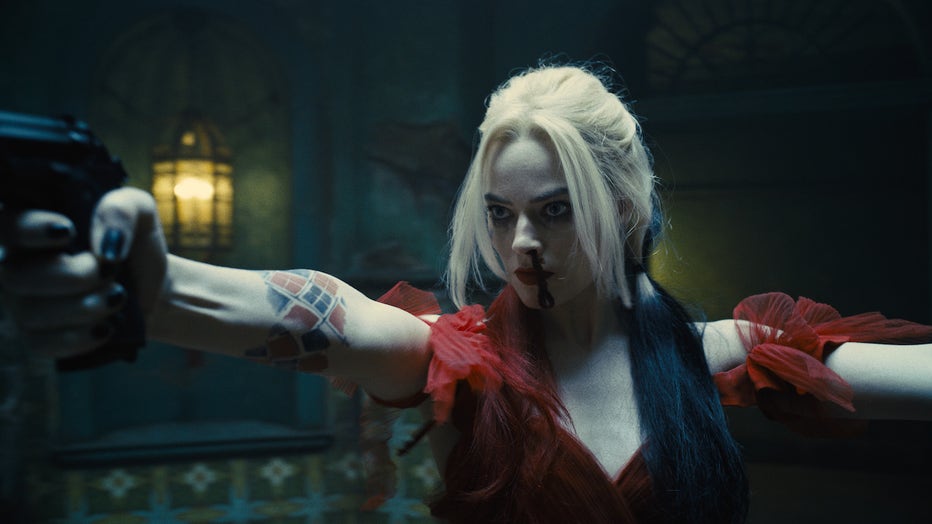 That goes for everyone suiting up on DC’s latest mission, a roster that includes Idris Elba (as expert mercenary Bloodsport), John Cena (the flag-waving, bellicose Peacemaker), Sylvester Stallone (voicing Nanaue, a.k.a. King Shark), David Dastmalchian (a standout as Polka Dot Man), and the excellent Portuguese actress Daniela Melchior (as Ratcatcher 2).

These new arrivals join returning scoundrels Joel Kinnaman, Jai Courtney and Margot Robbie, the latter once again mesmerizing as Harley Quinn. At the direction of menacing government black-hat Amanda Waller (Viola Davis), the no-goodniks pile into a military cargo plane and head off to save the world. As the title suggests, not all of them come back.

A body count is nothing new in the DC Extended Universe. Yet even by the grimdark standards of "Batman v Superman: Dawn of Justice" and Ayer’s earlier take, this is a movie soaked in blood and guts. New body cavities are created. Many a head explodes. Yet despite life-and-death stakes, not to mention frequent exsanguination, "The Suicide Squad" never stops having a good time.

For every cranial explosion, there’s another of color and sound. Gunn’s inventive, playful approach counterbalances the gore nicely, mixing the two like sweet with salty. No two battle sequences are alike. The punchlines come fast and furious, and are as merciless as our not-quite heroes. It’s the kind of movie that makes a critic want to use a bunch of adjectives and exclamation points: Rowdy! Rambunctious! Exuberant! 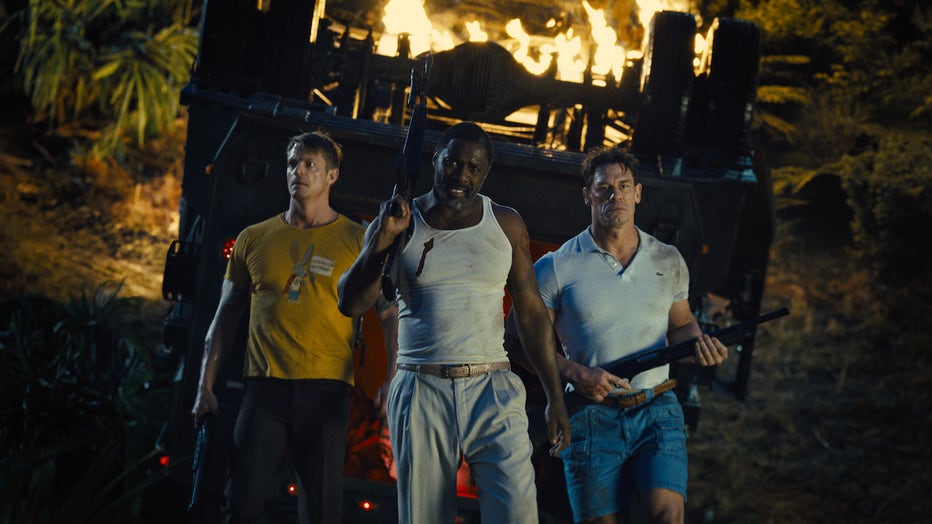 It’s also sneakily political. It’s tough to address this without giving away the game, but Gunn makes an impassioned argument for the strength and significance of the "little guys" — the people society allows to slip through the cracks. "The Suicide Squad" casts a lot of side-eye at those who fail to see that importance in others, or choose to put ideology before humanity.

Unfortunately, when the storytelling and that suspicion collide, the film loses its footing.

"The Suicide Squad" is an undeniably good time, but when things take a turn for the tragic, it’s not quite as successful. Robbie and Melchoir achieve some genuine pathos — the latter in particular is a heartbreaker — but it’s not quite enough to make the tragic aspects of the story ring true. Close, but no cigar.

Still, it’s hard to feel that as a particularly big loss when everything else is so entertaining. Gunn made the Marvel Cinematic Universe more fun with "Guardians of the Galaxy," and does the same here for DC. And "Guardians" makes for a good point of reference here. The two films have more in common than their writer/director: there’s a through-line of irreverence and a rebellious spirit, an interest in justice and the importance of families (those we’re born into and those we make for ourselves).

The difference between them is best encapsulated by the anthropomorphic member of the team. In "Guardians," Gunn gave us Groot, the Vin Diesel-voiced super-tree whose limited vocabulary somehow sums up the film’s theme. "I am Groot" becomes "We are Groot." But King Shark, though wildly entertaining, is not the sweet catchphrase sort. Like the film in which he appears, King Shark revels in the chaos and the carnage, having a really good time as the world burns.

Odds are, you will too.

James Gunn’s 2006 dark horror comedy has become a cult classic in the years since its premiere — not bad for a guy making his directorial debut. As you might expect from a movie about sentient alien larvae, it gets pretty gross, but that’s all part of the fun. "The Suicide Squad" cast members Michael Rooker, Nathan Fillion and Sean Gunn (the director’s brother and frequent collaborator) star alongside Elizabeth Banks and Gregg Henry. Now streaming on Tubi.