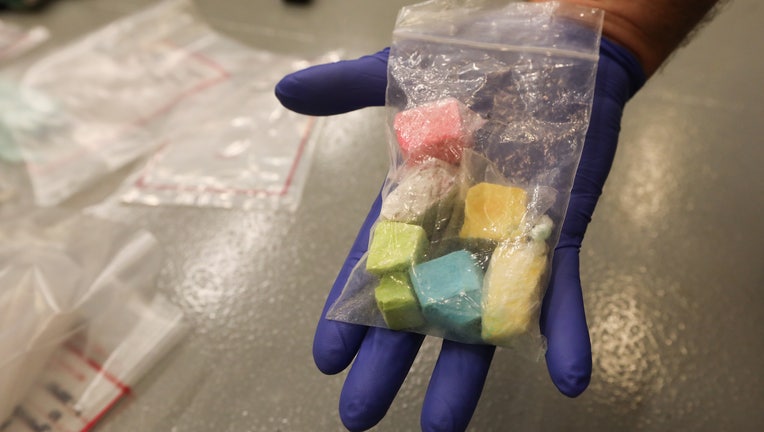 A bag of the more potent "rainbow fentanyl" is pictured, which was confiscated from a home in Portland, Oregon. (Credit: Multnomah Co. Sheriff's Office)

PORTLAND, Ore. - A bag of the more potent powdered fentanyl was confiscated from a home in Portland, and authorities are warning that the drug could be making its way across the West Coast.

Deputies discovered body armor, $5,000 in cash, nine guns of which some were stolen and drugs. The drugs include meth, heroin, 800 pills of fentanyl and four grams of multi-colored, powdered fentanyl, often called "rainbow fentanyl."

"We are partnering with Multnomah County health departments to sound the alarm," Special Investigation Unit Sergeant Matt Ferguson said in a statement. 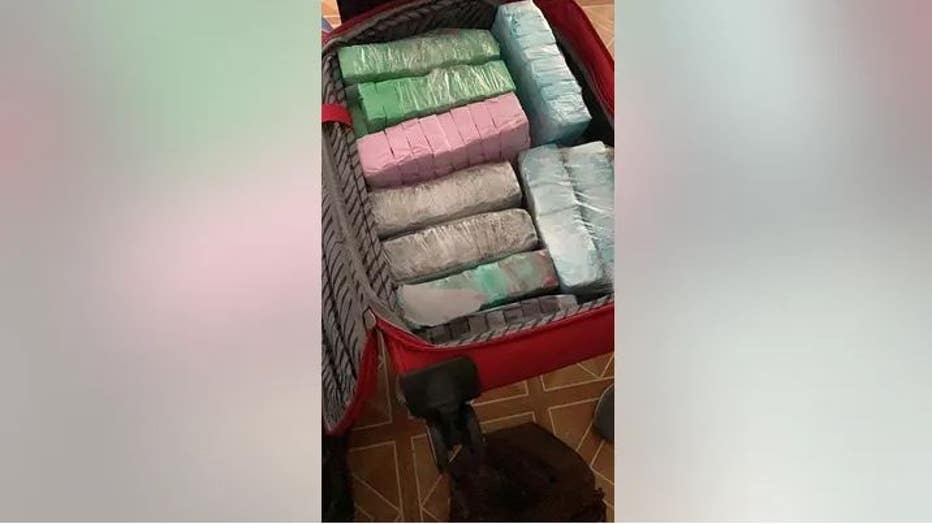 A bag of the more potent "rainbow fentanyl" was confiscated from a home in Portland, and authorities are warning that the drug could be making its way across the West Coast. (DEA)

"The public needs to be aware of the rising use of powdered fentanyl. We believe this is going to be the new trend seen on the streets of Portland," he continued.

FENTANYL SEIZURES AT SOUTHERN BORDER JUMPED OVER 200% IN JULY

Authorities are particularly worried about young adults or children ending up with rainbow fentanyl, as they could mistake the drug for something else, like candy or a toy, because of its color, Fox 12 reported.

CANADIAN TRUCKER SENTENCED TO 4 YEARS IN PRISON FOR SMUGGLING $2.5 MILLION OF METH

The powdered fentanyl found at the Portland home resembles the color and consistency of sidewalk chalk.

Powdered fentanyl generally has a higher potency than other forms of the drug. The colorful fentanyl powders are unfamiliar to most law enforcement agencies.