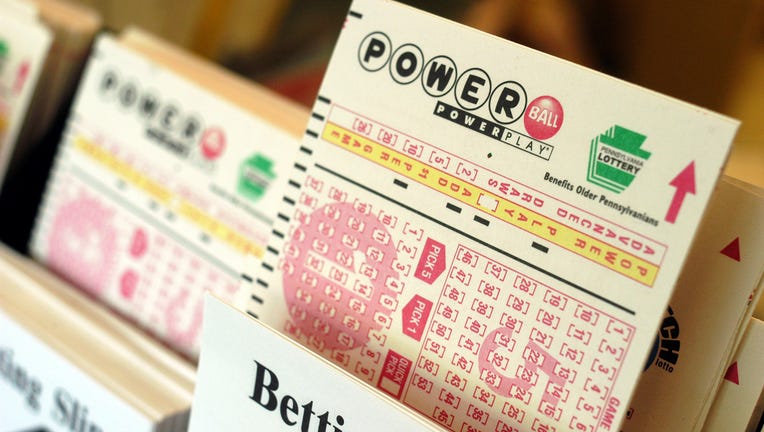 WASHINGTON CROSSING, PA - MAY 10: Powerball tickets await players at Cumberland Farms convenience store May 10, 2004 in Washington Crossing, Pennsylvania. The winner of the May 8th $213 million dollar Powerball jackpot has yet to come forward. For se

The Powerball jackpot for Saturday night is up to $1.6 billion – setting a new lottery prize record ahead of Saturday drawing. While your odds of actually winning aren't great, experts have some tips on how to choose your numbers and which strategies they say you should avoid.

According to lottonumbers.com, the most common numbers picked in the past are (white balls):

As for the most drawn red Powerball, those include:

SHOULD YOU PICK BIRTHDAYS AS YOUR POWERBALL NUMBERS?

Many people choose family or friends birthdays as their ‘lucky’ Powerball numbers, but experts say this strategy limits your number range between 1 and 31 – and if you've checked out the most common numbers drawn, you'll see that cuts you off from the top three numbers on the list.

RELATED: Powerball payout calculator: How much would you get after taxes if you won?

Richard Lustig, who has won seven lottery grand prizes told Forbes: "If you pick your own numbers and only play birthdays and anniversaries, you’re splitting the pot with 20-40 people. If you spread the numbers out across the whole track, you’ll either be the only winner or will split it with only one or two people."

DON'T GO WITH A QUICK PICK

While you could argue that Powerball numbers are chosen randomly so why not let a computer do the same for you, Lustig says that quick picks always give you a different set of numbers, therefore your odds are always going to be that their worst.

"There is a common misconception that the odds of winning differ depending on whether you choose your own numbers or go for a Quick Pick," Powerball.net reports. "That is not true; your chances of winning are exactly the same in both cases."

A drawing will be held Saturday night, Nov. 5, at 10:59 pm. for the Powerball prize, which hasn’t been won in more than three months. That string of 39 consecutive drawings without a winner is a reflection of the tough odds of winning a jackpot, at 1 in 292.2 million.

Note: The tips offered by experts above do not guarantee winning Powerball numbers.