Hundreds of police officers and volunteers were out all night desperately searching for a missing toddler, but ultimately a postal worker spotted him on I-95 this morning.

ELKRIDGE, Md. (FOX 5 DC) - Keith Rollins, a 32-year veteran of the U.S. Postal Service, says he had heard the story of the missing boy before leaving for work on Thursday morning but was thinking nothing about it as he drove north up Interstate 95.

Rollins picks up the mail at BWI Airport before heading out for delivery, and as he passed Route 100 he says something caught his eye.

"I looked over to the right and I saw something pop up. I wasn't sure what it was but I decided to pull over," he said.

Rollins says he wasn't sure if it was a child or an animal but he called 911 to say where he was and then got out of his vehicle.

Within a few feet of where he pulled over, Rollins says he found a little boy hiding behind an old fender soaking wet and shivering.

"I reached down to pick him up and said: 'Hey buddy, how are you doing? Are you okay?'" But Rollins says he got no response. At the time he didn't know that 2-year-old Ethan Adeyemi was nonverbal. 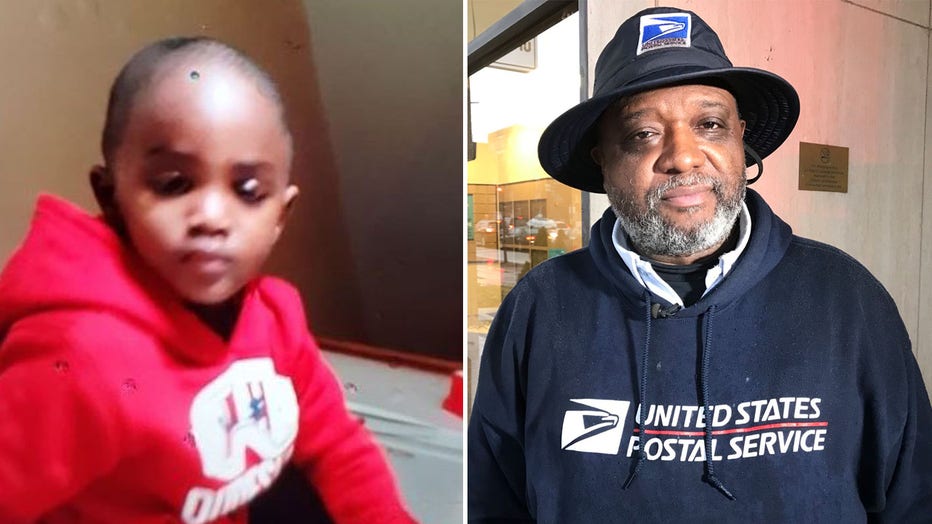 As he got the sockless and freezing child into his vehicle, Rollins says he covered him with extra clothing and turned up the heat. He then called 911 to say he had the boy. A few minutes later the police and ambulance arrived.

"God put me in that place this morning. It wasn't me," he said.

Howard County Police say Ethan left his home on Blue Stream Drive after an adult and quickly disappeared. Despite an all-night search with over 100 first responders and volunteers, no one could find the little boy.

Based on what authorities know, Ethan likely walked in or around an industrial complex before getting out to the highway — a distance of about a mile. It is unclear how he may have made it through a fence that divides the neighborhood from I-95.

Police say they may never know the route he took.

Ethan was reunited with his family at the hospital where he was found to be in good health.