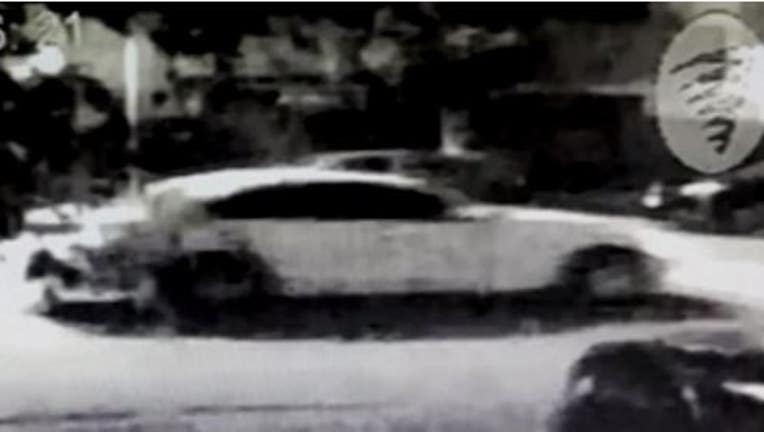 Police in search of a white sedan suspected of being involved in a fatal hit-and-run collision in Garden Grove on Sep. 1, 2019, is seen in surveillance video provided by the Garden Grove Police Department.

GARDEN GROVE, Calif. - Authorities are searching for a driver who struck and killed an 89-year-old man in a hit-and-run collision at about 6.a.m Sunday morning, the Garden Grove Police Department said.

The pedestrian was in the area of Dale Street and Stanford Avenue when he was struck by a car.

Surveillance video released by the department shows a white sedan in the area of the collision.

The driver did not stop and the car kept going northbound on Dale Street, Garden Grove police said.

Paramedics pronounced the unidentified man dead at the scene.

The car involved is believed to have been a white sedan, possibly a newer model BMW with a sunroof with heave damage to the front, investigators said.

The collision is under investigation and no further details were available.

Authorities are asking for the public’s help finding the vehicle and the driver.

Anyone with information was asked to contact the Garden Grove Police Department at 714-741-5823.