Authorities were in pursuit of a reportedly stolen vehicle Thursday morning that ended in a multi-vehicle crash in Koreatown.

LOS ANGELES - An alleged hit-and-run driver in a reportedly stolen Audi was taken into custody Thursday in Koreatown after leading authorities on a pursuit that ended in a three-car crash.

According to officials, the driver is accused of hitting a pedestrian and fleeing the scene.

The pursuit happened in the downtown Los Angeles area and made its way to Koreatown where it ended after the driver crashed through the intersection at Sixth Street and Normandie, hitting three other vehicles. 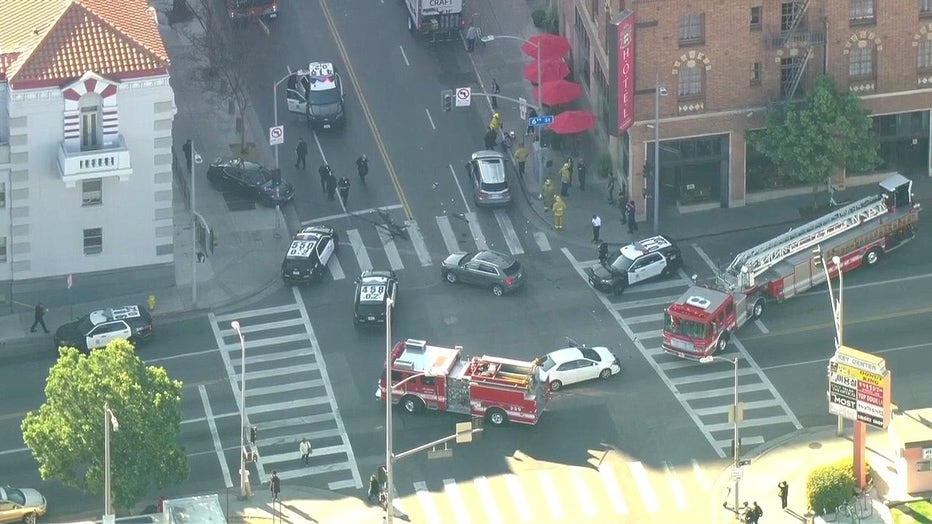 A police chase Thursday morning ended with a three-vehicle crash in Koreatown. (FOX 11)

SkyFOX video over the scene showed one of the cars that was hit on the sidewalk. No ambulances were immediately seen.

The investigation remains ongoing, according to the Los Angeles Police Department. 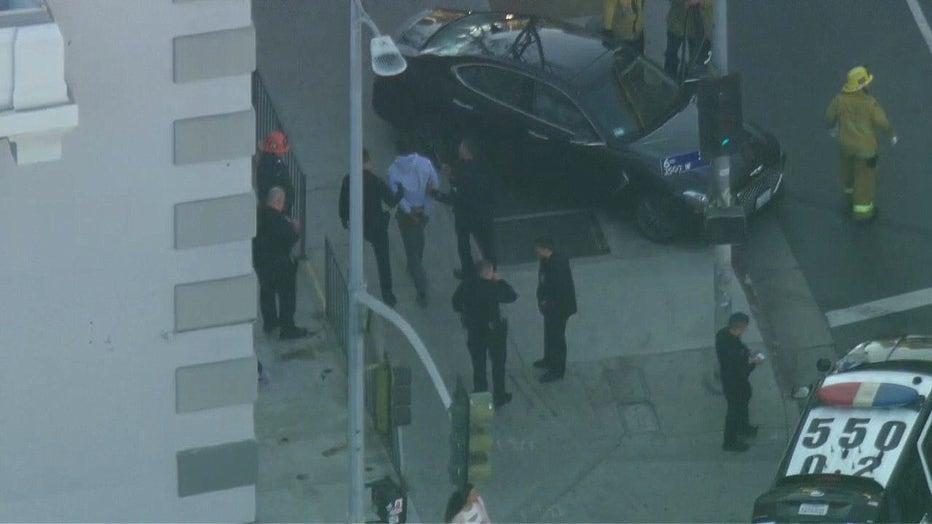 The driver of a reportedly stolen vehicle was taken into custody following a pursuit that ended with a three-vehicle crash in Koreatown. (FOX 11)

As a result, the intersection will remain closed for about a block in each direction. There is no estimated time of reopening, so plan accordingly.