The investigation closed northbound Interstate 15 on the California side for hours through Thursday morning, causing a 6-mile backup on the freeway. I-15 is the main route between Southern California and Las Vegas. 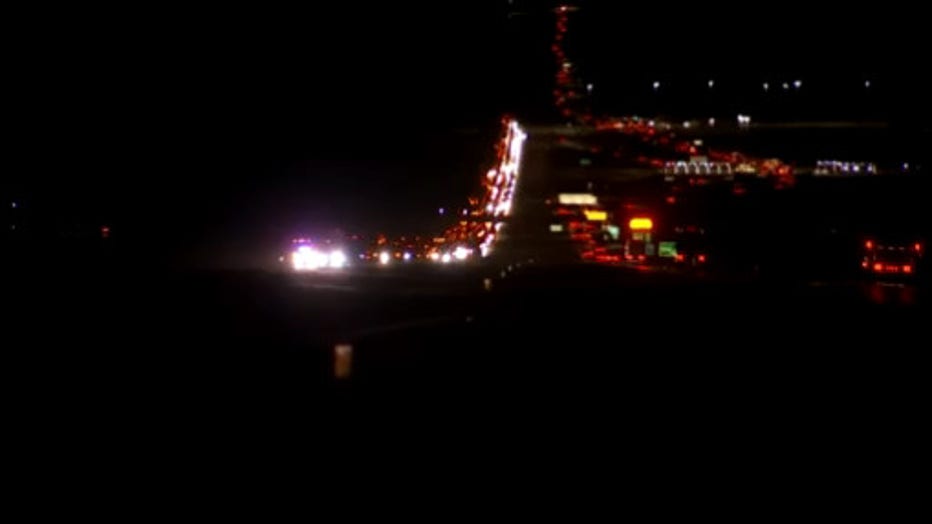 The man was shot and killed near near the Mojave Desert community of Nipton, in San Bernardino County — about 200 miles east of Tehachapi in Kern County, where a 55-year-old woman was killed.

The Kern County Sheriff’s Department had alerted San Bernardino deputies on Wednesday afternoon to watch for an “armed and dangerous” man driving a 2017 Nissan in Baker, California, officials said in a statement.

Angela Monroe, a spokeswoman for the Kern County sheriff, said Thursday the man is believed to be involved in the slaying of the woman in Tehachapi. She would not say if they knew each other but said he was “identified early” in the investigation.

Monroe would not identify the woman or detail her injuries. She called the man a “person of interest” in the killing; the San Bernardino County Sheriff’s Department has said he was a suspect in the death.

Deputies were called to the Tehachapi home Wednesday around 2 p.m. to check on a resident’s welfare and found the woman dead with “traumatic injuries.” Her identity was not immediately released.

Cindy Bachman, a spokeswoman for the San Bernardino sheriff, said she did not have information Thursday if he was armed when he was shot. The man, whose name has not been released, was pronounced dead at the scene, the statement said.

Officers from the California Highway Patrol found the man’s vehicle stopped on the freeway’s shoulder in Nipton around 6:30 p.m. 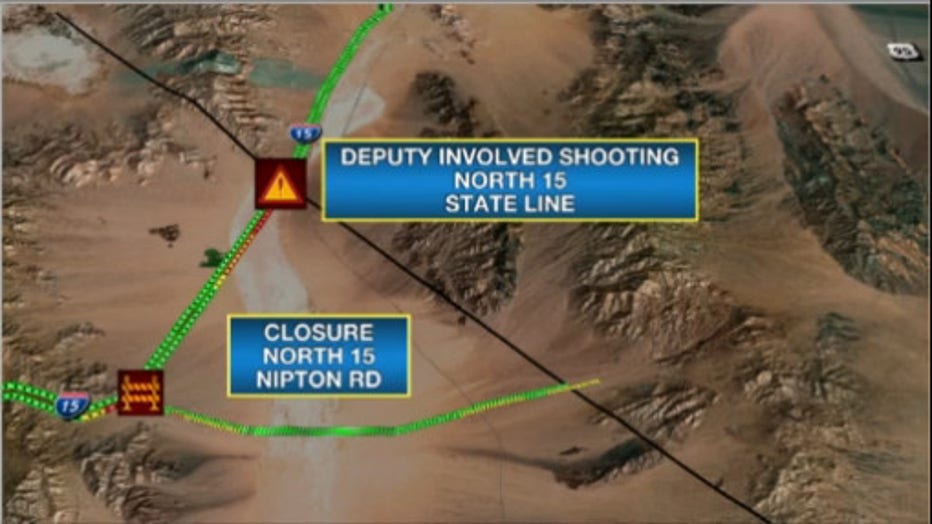 She did not immediately have details about the circumstances surrounding the shooting.

The freeway closure forced some motorists to sit at the roadblock through the night while others were able to take detours.

The California Highway Patrol’s online traffic log reported that two vehicles ran out of gas on the freeway.

Montgomery Granito, of Los Angeles, told The Las Vegas Review-Journal that he and his family waited in their vehicle for nearly seven hours at the roadblock from Wednesday evening to Thursday morning before they learned that drivers were being diverted at an exit miles earlier. He said law enforcement never spoke to drivers stuck there and he finally crossed the median Thursday morning to the freeway’s southbound lanes to head back.

He told the newspaper that 30 to 60 vehicles sat at the road block all night and many were still there when he left Thursday morning.

Kevin Shea told the newspaper he was stranded on the freeway for more than an hour early Thursday as he tried to drive from Southern California to Las Vegas. He said Google Maps only showed a 24-minute delay.