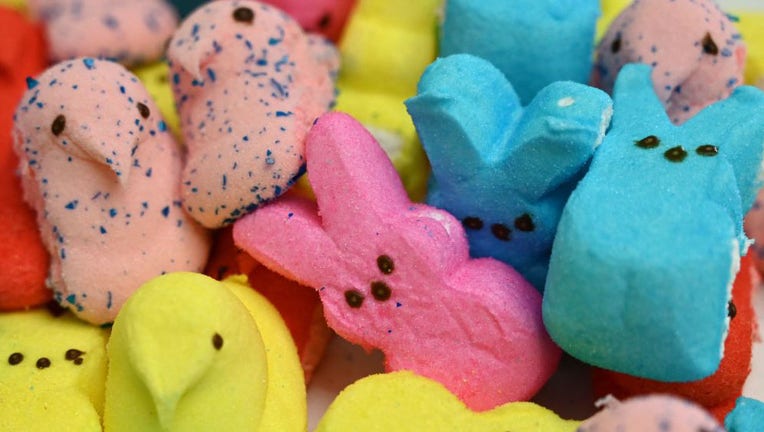 FILE-This illustration shows Peeps marshmallows laying on a table in Washington, DC. in 2021. (Photo by EVA HAMBACH/AFP via Getty Images)

WASHINGTON - Candy lovers everywhere are in for a sweet treat courtesy of Peeps. Customers can create their very own made-to-order marshmallow chicks through the company’s launch of MyPeeps.

Fans can visit the Peeps website and select their own chick (blue, yellow, and pink) a chocolatey dip (dark, milk, and white) and their choice of dip, which include confetti sprinkles, chocolate chips, or crushed cookie.

The MyPeeps packages are $29.95 for a dozen chicks and will be available while supplies last. To learn more, click here.

MyPeeps is the latest move the company has made to expand its popular marshmallow chick product line. In January, Peeps released new flavors of its marshmallow chicks and bunnies to its line of Easter-themed candies.

Last year, the marshmallow flavor of Peeps was featured in a special limited edition pack of Pepsi soda.