LONG BEACH, CA (FOX 11/CNS) - One of two Shih Tzus taken during a residential burglary in Long Beach was back with its owners.

A man arrived home about 6:40 p.m. Monday to discover his residence in the 5800 block of Monlaco Road ransacked and his dogs Wesley and Winston missing, along with unspecified personal property, according to the Long Beach Police Department.

"The victim was contacted by a private citizen and they returned Winston. Wesley is still missing and we continue to ask for the public's help," according to a police statement released this afternoon. "No further
details are available on how the dog was returned and the investigation is ongoing."

All of the suspects were described as black men in their early 20s, 5 feet 10 inches to 6 feet tall. They all were clad in blue jeans. One wore a dark red sweater, white Jordan sneakers and appeared to have shoulder-length dreads. Another was wearing a gray sweater and the third wore red underwear and
a white shirt.

The vehicle, described as a silver 2018 Jeep Compass with tinted windows, was seen backing into the victim's driveway around 5:05 p.m. and was last seen headed east on Monlaco Road a few minutes later, police said.

Anyone with information that could lead investigators to the suspects and Wesley was urged to call (562) 570-7392 to speak with Long Beach police Detective Daniel Martinez.

Anonymous tips can be submitted through Crime Stoppers by calling 1-(800) 222-TIPS. 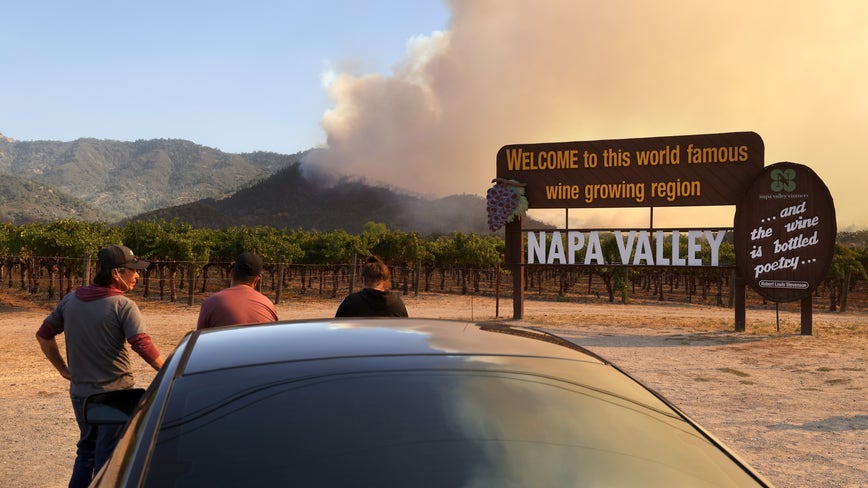