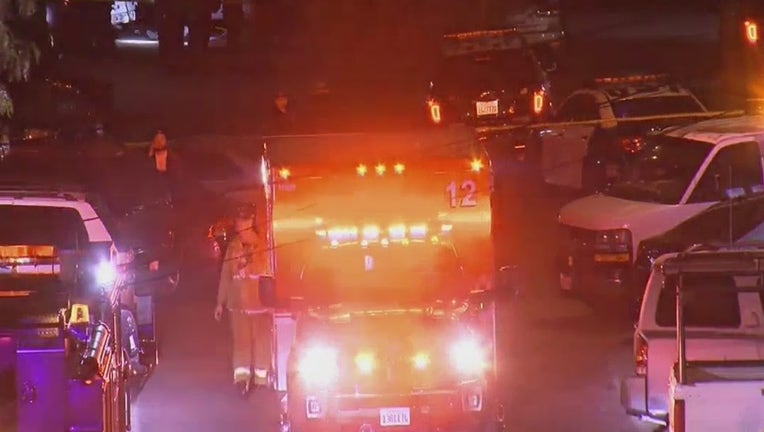 LOS ANGELES - One man was killed and another man was fighting for his life following a shooting in Highland Park early Thursday morning, officials said.

Los Angeles Police Department officers responded to the area after a string of gunshots were heard near the intersection of South Avenue 50 and Echo Street just before 3 a.m.

Arriving officers discovered two men suffering from gunshot wounds behind a vehicle at a dead-end in the area. One of the victims was pronounced dead at the scene and the other was rushed to a local hospital in grave condition, the LAPD said.

One neighbor told FOX 11 that they believe the two victims were involved in a shootout in the residential area, but that has not been confirmed by police.

After the shooting, distraught friends and family members of at least one of the victims arrived in the area but were kept away from the crime scene by LAPD officers. 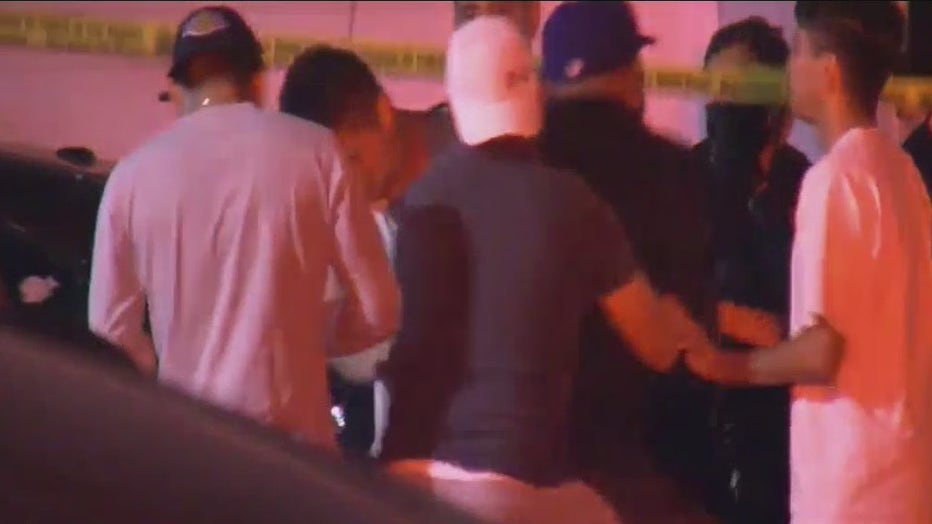 The names of the victims have not been released but were described by authorities as two Hispanic men between the ages of 20 and 30.