CLEVELAND - One lucky Ohio family was able to get their $25,000 back after accidentally throwing it out with the garbage — thanks to the quick actions of their local waste management crew.

On July 28, Gary Capan, operations supervisor at Republic Services, got a frantic phone call from a woman in Lorain County, Ohio who said she lost something important in the garbage.

Turns out, that important something was her grandmother’s $25,000.

Capan said that the family had been putting food in the freezer and in order to make room, a family member threw out the bag containing the cash. 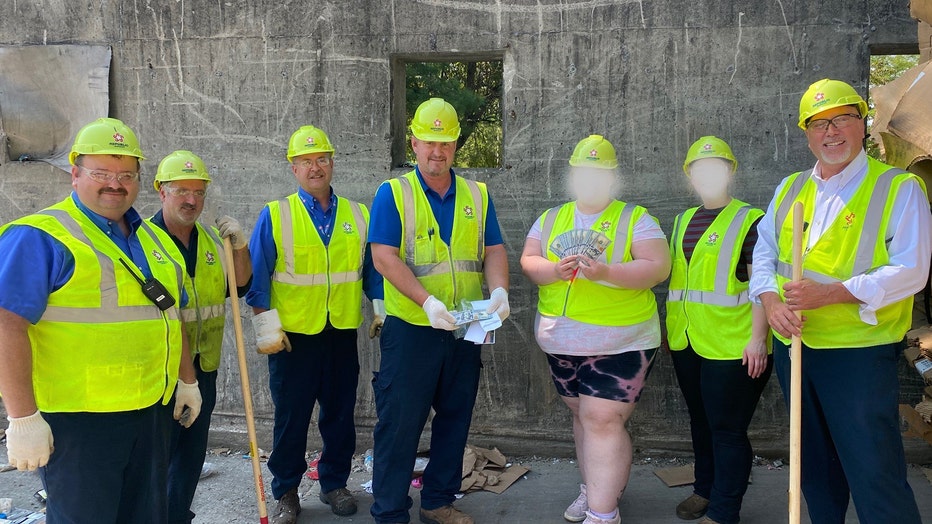 Capan and his crew immediately went to work searching for what was basically a needle in a haystack.

According to Republic Services, trucks dump 4,500 tons of trash into the county landfill six days a week.

But luckily for the family, the truck driver who picks up their trash had yet to drop off his load for the day at the landfill, according to Capan.

Capan coordinated with the driver and instead of having him drop off the trash at the landfill, he dropped off the garbage at the local recycling center.

Once the garbage was dumped, Capan said "it was all hands on deck to find the cash."

Capan, along with Dan Schoewe, the operations manager at the recycling center, and 10 other workers searched together through the rubbish until one of the crew members managed to find the inconspicuous bag holding thousands in cash.

The money was returned safely to the family.

This is not the first time Republic Services have had to fish through the garbage to find valuable things people accidentally lost. Over the years, crew members were able to retrieve jewelry, live checks and more cash and returned the items safely to their rightful owners.