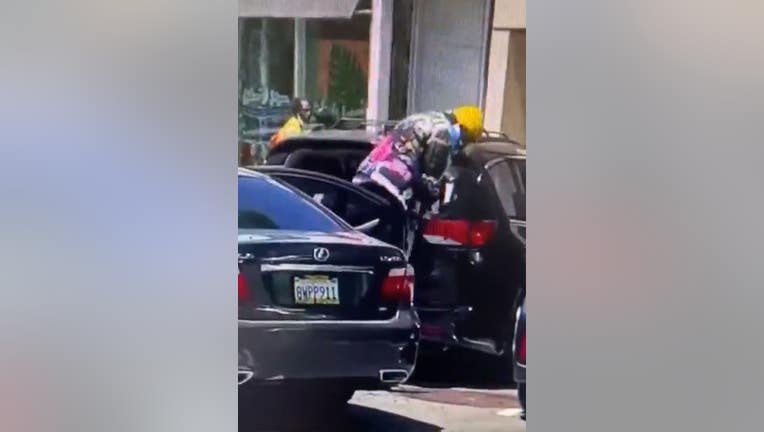 Oakland police shared a video of a man brazenly breaking in to a row of vehicles in the Lake Merritt area.

The brazen and blatant break-in of the parked vehicles today, captured on video by a witness, has caught the attention of Oakland Police Chief LeRonne L. Armstrong.

Oakland police are looking for a suspect seen in a video brazenly burglarizing cars near Lake Merritt.

"This brazen crime happened in the middle of the day, in one of our busiest business districts," Armstrong said. "I thank our community member who safely captured this crime in progress on video, and to those who called 911. Together, we unite to 'STAND UP FOR A SAFE OAKLAND'."

Police investigators said the car break-ins happened at about 12:30 p.m., when a man, with his own vehicle double-parked, was seen smashing car windows in the 3200 block of Lakeshore Avenue.

The Oakland Police Department is encouraging the community to report all crimes.

Anyone with information is asked to call the Oakland Police Department's Burglary Section at (510) 238-3951.