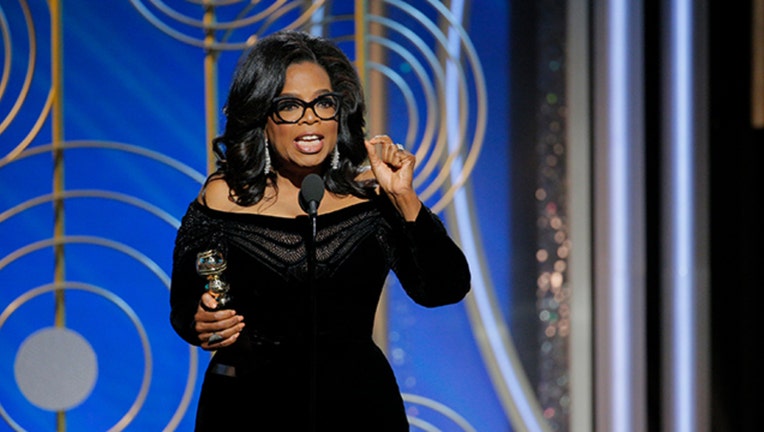 (AP) - A roundup of some of the most popular, but completely untrue, headlines of the week. None of these stories are legit, even though they were shared widely on social media. The Associated Press checked these out; here are the real facts:

THE FACTS: Dozens of stories that circulated after Winfrey sparked presidential speculation with a speech on gender inequality at the Golden Globes misquote her from a 2013 BBC interview discussing racism. In the interview , Winfrey was asked if the problem of racism had been solved, and she said it had not. Where she grew up in the South, she said, "there are still generations of people, older people who were born and bred and marinated in it, in that prejudice and racism, and they just have to die." She did not name white people or older white people in the interview.

NOT REAL: Sweden Is Preparing For A "Civil War": PM Wants To Deploy Army In No-Go Zones

THE FACTS: Sweden does not have "no-go" zones that ban civilians from movement, despite a claim made in multiple pieces on Sweden after recent gang violence in big cities. Prime Minister Stefan Lofven said this week he was prepared to bring in the military if needed to quell unrest, but he said nothing about banning travel or movement. Several other stories about a "war manual" sprang up after Sweden announced it would re-issue a Cold War-era civil emergency advice booklet because of Russia's intensified military maneuvers. It said nothing about civil war.

THE FACTS: This false story has had a few incarnations over the past two years, alternately in Los Angeles or Chicago; an early version in 2016 reported a dozen bodies were found in instead of 19. Chicago Police Department spokesman Frank Giancamilli said there is no truth to the story, which describes police discovering the bodies in the basement of a home that neighbors had complained about. It quotes Chicago Police Lt. Kyle Jennings; Giancamilli says no one by that name works for the department.

NOT REAL: Secret Service Agent Charged With Arson And Destruction Of Evidence For Clinton Compound Fire
THE FACTS: The false story published by the conservative Patriot Post follows a round of stories that said hard drives were destroyed in a Jan. 3 fire at the Chappaqua, New York, home of Bill and Hillary Clinton. No charges were filed against anyone after the small fire in a building next to the former president's home. Authorities say an electrical short caused the small fire in a bathroom ceiling.

NOT REAL: Prince Harry says Donald Trump is not welcome at his wedding: 'Trump is a serious threat to human rights'

THE FACTS: No guest list has been announced for the royal wedding of Harry and Meghan Markle, which is set for May 19 at Windsor Castle, and Harry has made no public remarks about Trump's human rights record. The story recirculated this week on some sites and first was published after the heir and Markle announced their engagement in November. The AP's Not Real News previously debunked a false story that Queen Elizabeth had banned former President Barack Obama and wife Michelle Obama from the wedding.

This is part of The Associated Press' ongoing effort to fact-check misinformation that is shared widely online, including work with Facebook to identify and reduce the circulation of false stories on the platform.