“Trump is a great President.”

With her giant Trump flag proudly displayed on her house, Donna believes she was targeted by someone who wrote BLM on her mail. She says that person was a mail carrier who she believes was caught on tape Thursday by her neighbor’s security camera.

“His camera showed him walking to my house. He had the mail in his hand and he’s writing,” Donna told FOX 11. 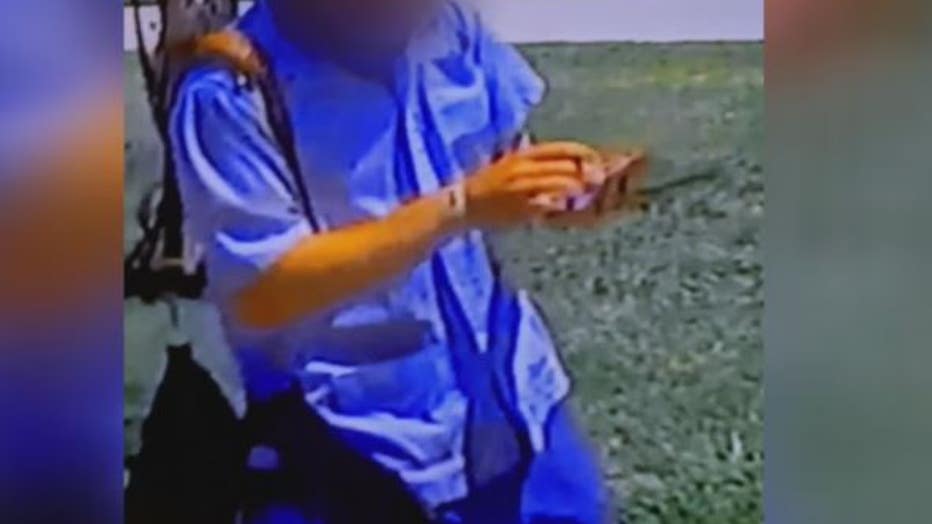 Her neighbor, Carlos Sanchez, backs up her story.

“You know what it’s 100% sure. You know why, nobody coming inside for writing the email. Only this guy has access for that thing,” Sanchez stated.

Donna says she immediately called the post office to report the incident.

“This guy was tampering with private property mail. The manager told me they’re definitely going to fire him because this is a federal offense,” she said.

FOX 11 reached out to the post office. A spokesperson called the mishandling of mail unacceptable and released the following statement:

“We are disappointed to see the actions of our employee, and apologize to the customers affected by this incident. The Postal Service is investigating the matter and will take appropriate action to ensure this does not occur again.”

Donna says the fill-in postal worker also threw her mail on the ground. She says so far, none of her other neighbors were targeted.

“I’m just curious, how many people in this whole neighborhood have a Trump sign and if they do... they probably got BLM written on their mail also.

The post office did not confirm specifically what disciplinary action would be taken against that employee if he is found to be responsible. But FOX 11 did confirm that defacement of mail falls under federal mail tampering laws and is considered a felony punishable by up to 5 years in prison.