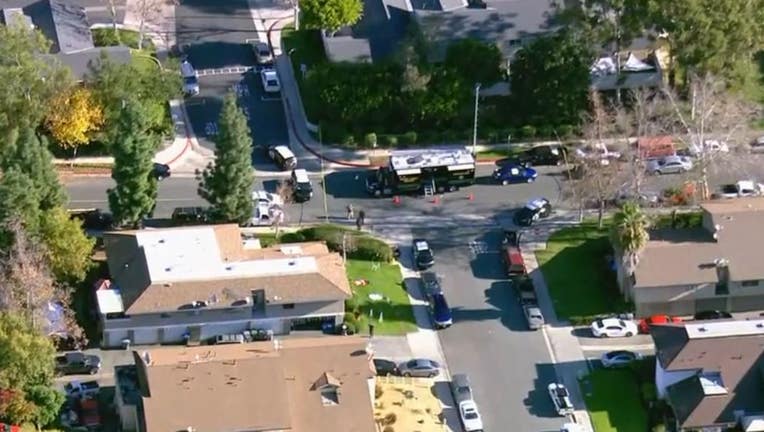 LAKE FOREST, Calif. - A man died after he was found suffering from at least one gunshot wound in an affluent Lake Forest neighborhood early Wednesday, authorities said.

Orange County Sheriff’s Department deputies were called to a neighborhood near the intersection of Second Street and Village Drive just before 1:30 a.m. regarding a man who was bleeding profusely in an alley. Deputies said he was not breathing when they arrived at the scene.

He was taken to a local hospital where he died a short time later. Sheriff's officials estimate the victim was in his early 20s.

No suspects are in custody at this time and the victim’s identity has not been released.

The Orange County Sheriff's Department asked anyone with information regarding the shooting to call them at 714-647-7000 or Orange Count Crime Stoppers at 855-TIP-OCCS.