Multiple people were injured in a fiery crash between a transit bus and vehicle.

LOS ANGELES - At least five people were injured, including two children in a fiery crash between a transit bus and vehicle.

The collision, between two vehicles and a bus, happened on S. Normandie Ave. near W. 83rd St. around 8:25 p.m. Friday. 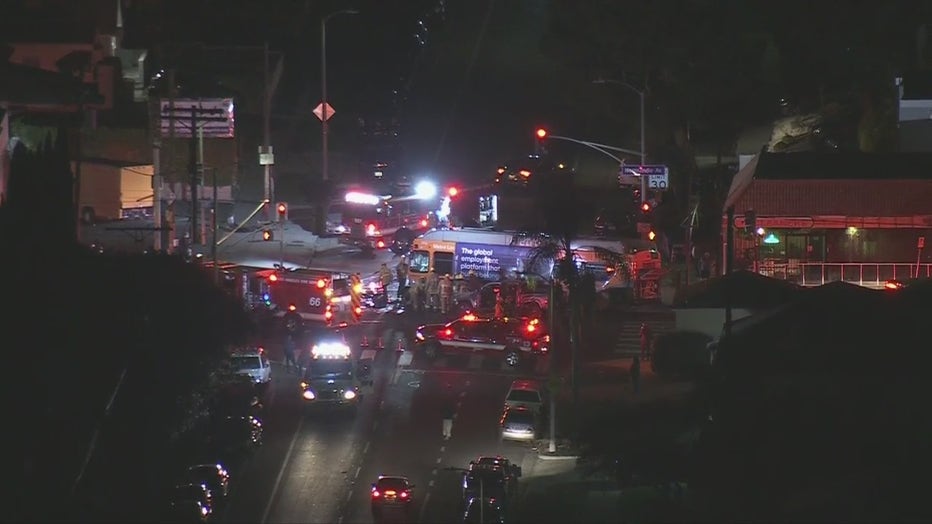 According to LAFD, there is a total of five patients, four from the vehicle and the bus operator. According to the bus driver, there were six people on the bus, all were able to safely evacuate the bus.

One of the vehicles involved in the crash caught fire.

Two people are in critical condition, two children who were also in the vehicle sustained minor injuries. All have been transported to local hospitals. It is unknown what caused the collision.