Adjusting your budget and minimizing credit card debt are essential.

A majority of small businesses that tapped the taxpayer-funded Paycheck Protection Program expect to run out of money by the first week of August, according to a Goldman Sachs survey released Tuesday.

The findings show that 84 percent of firms that received loans through the small business rescue program would exhaust their funding by the end of the month. Only 16 percent of recipients anticipate being able to maintain their payroll without additional government aid.

The report comes as a resurgence in COVID-19 outbreaks puts the brakes on the economy's nascent recovery from the crisis and subsequent lockdown. Some states have hit pause on their plans to reopen, while others are reimposing restrictions they had previously lifted, like shuttering restaurants and bars. Workers at Levi's, United Airlines and Wells Fargo learned this past week they were - or could be - laid off or furloughed soon.

California, Texas and Florida are among the states that have reimposed restriction measures this month. According to one estimate from the Independent Restaurants Coalition, 530,000 food and beverage jobs may be at risk in California after the state shuttered indoor dining and bars.

The PPP, established by Congress with the passage of the $2.2 trillion CARES Act at the end of March, was designed to avert mass layoffs and keep small businesses afloat during the coronavirus pandemic with loans of up to $10 million. If at least 60 percent of the money goes toward maintaining payroll, the federal government will forgive the loan in its entirety, essentially transforming the money into a grant. 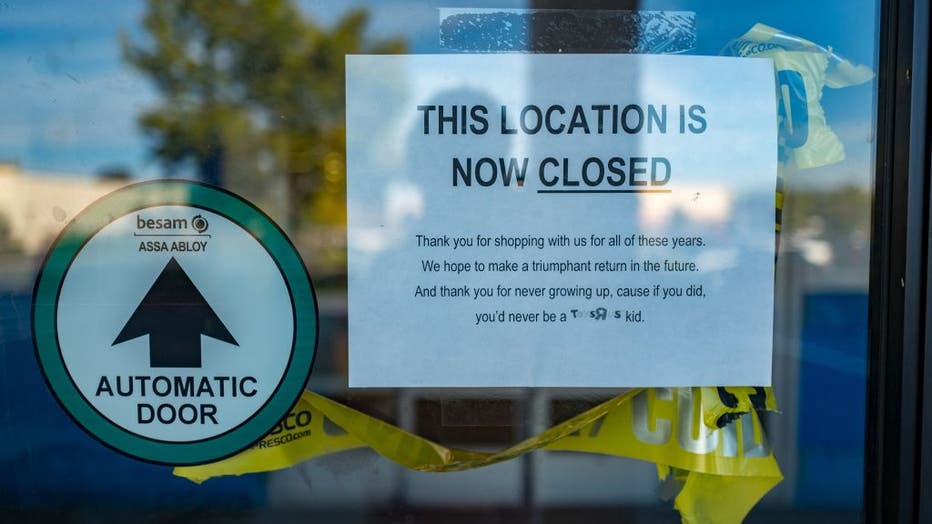 FILE - A majority of small businesses that tapped the taxpayer-funded Paycheck Protection Program expect to run out of money by the first week of August, according to a Goldman Sachs survey released Tuesday. (Photo by Smith Collection/Gado/Getty Imag

If the loans are not forgiven, a business will have five years to repay the loan at 1 percent interest.

So far, the government has distributed roughly $521 billion in loans to more than 4.9 million borrowers. The program reopened to first-time applicants last week, with about $130 billion left over in the fund.

Negotiations between Congress and the Trump administration on another round of virus-related stimulus are set to intensify next week once Senate lawmakers return to Washington from their two-week Fourth of July break.

It's unclear whether the package will include more aid for small businesses, which employ about 58.9 million people -- nearly half of the country's total workforce. Treasury Secretary Steven Mnuchin told lawmakers at the end of June there was bipartisan support for repurposing the remaining PPP funds once it closes to applicants on Aug. 8.

Mnuchin suggested the money could be directed to businesses facing the steepest losses from the outbreak of the virus and subsequent economic shutdown, including restaurants and bars.

"There appears to be bipartisan support in the Senate to repurpose the $130 billion for PPP, extending it to businesses that are most hard hit, that have a requirement that their revenues have dropped significantly, things like restaurants and hotels and others, where it is critical to get people back to work," he said.

The survey of 1,511 small businesses was conducted between July 7 and 8.