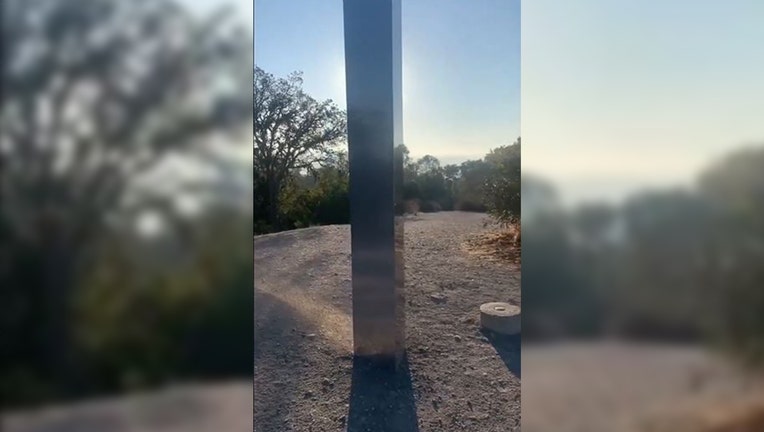 On Wednesday morning, a monument similar in appearance to the structures in Utah and Romania, was installed at the top of Atascadero’s Pine Mountain.

ATASCADERO, Calif. - A metal monolith that appeared on the Central Coast of California has been removed.

A 10-foot-tall structure made of stainless steel popped up on a hillside in the city of Atascadero, which is about 15 miles north of San Luis Obispo.

It resembled similar monoliths that mysteriously showed up and disappeared in remote parts of Utah and Romania.

The San Luis Obispo Tribune reports a group of teens from Southern California removed the monolith.

They live-streamed the demolition and chanted "America First" and "Christ is king."

The mayor said she was upset the monolith was removed.