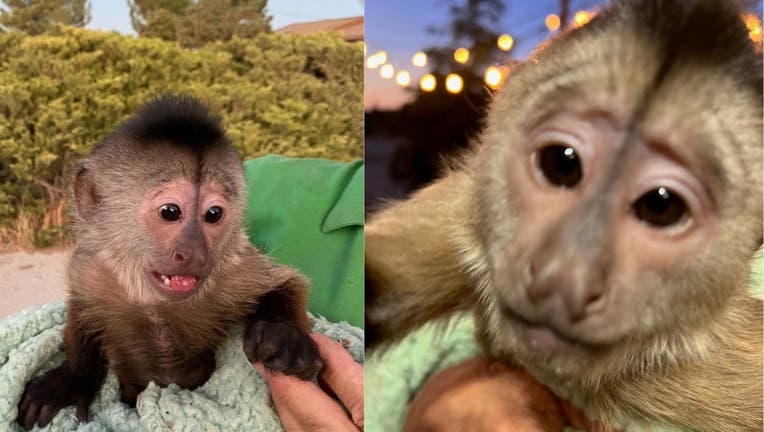 The San Luis Obispo County Sheriff’s Office believes it was a little Capuchin monkey that called 911 from a zoo last Saturday night.

The call disconnected and dispatchers tried to call and text back but there was no response, so deputies were sent to investigate, the office said in a social media post.

The address turned out to be the Zoo to You near Paso Robles, but the deputies found that no one there made the call.

They finally deduced that a Capuchin monkey named Route had apparently picked up the zoo’s cellphone, which was in a golf cart used to move about the property.

"We’re told Capuchin monkeys are very inquisitive and will grab anything and everything and just start pushing buttons," the office’s post said.

"As you can tell from these photos, Route is a little embarrassed by the whole thing. But you can't really blame her, after all monkey see, monkey do," the post read.