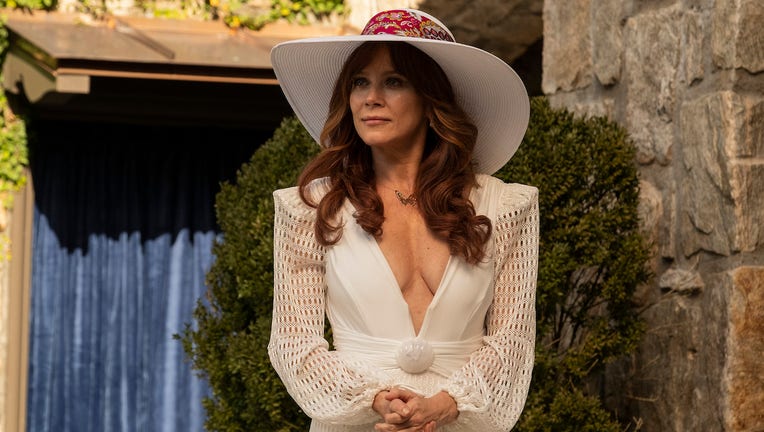 CHICAGO - Welcome back to "Monarch" recaps! In this week’s episode, "The Crown," Nicky and Catt prepare their daughters for a debutante ball while Gigi makes a splash at a pool party. Miss a week? You can read our recaps and watch On Demand, on FOXNow or on Hulu. This television station is owned by the FOX Corporation.

It’s a brand new era for "Monarch." Now that the big flashfoward murder mystery has been revealed (R.I.P. Clive), the show is free to operate in a slightly different key. And to celebrate, "Monarch" throws not one but two parties!

It also gives some great one-liners to Roman family beauty guru Earl (Kevin Cahoon), and that’s the quickest way to our hearts. ("Girl, you know you are hotter than a jalapeño’s armpit.") So read on for more highlights of this week’s episode.

May the best debutante win 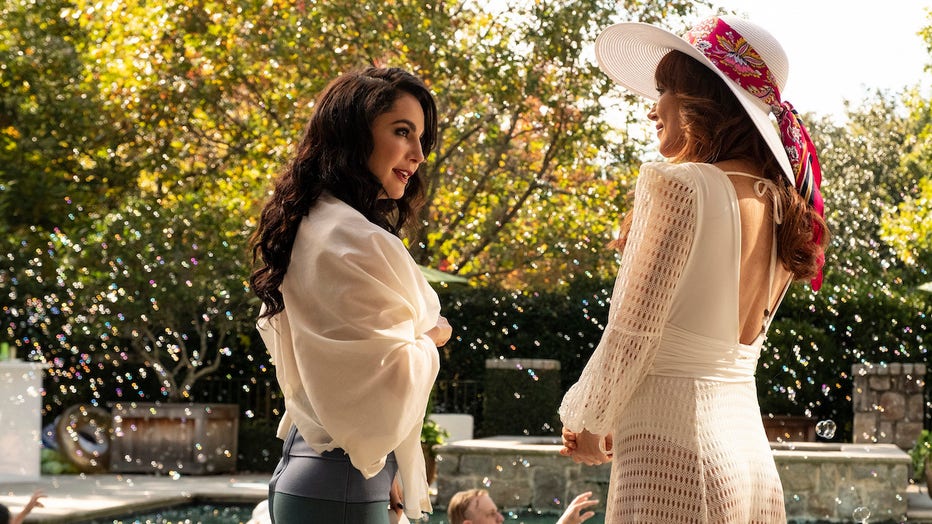 It’s the women of "Monarch" who take center stage this week as maybe half-sisters Nicky Roman (Anna Friel) and Catt Phoenix (Martha Higareda) encourage their daughters to enter Austin’s annual debutante ball — in which only one young woman will earn the Violet Crown for "proper etiquette, manners and polite conversation."

Winning this particular title is yet another Roman family tradition: Nicky took home the crown back in her day, as did Dottie (Susan Sarandon) and her sister Nellie (Faith Prince), who in turn followed in their mother’s footsteps. The trouble is Nicky’s ‘horse girl’ daughter Tatum (Ava Grace) finds the whole thing offensive and old-fashioned, while Ana is more interested in getting busy with her kind-of cousin Ace (Iñigo Pascual). Ah, yes, classic "Monarch."

WATCH FREE ON TUBI: "Flowers in the Attic" — get the app

Indeed, we’ve found that the more this show leans into the campy side of its country music soap opera premise, the more it finds its groove. And whether it’s Tatum falling into a pool as anti-patriarchal performance art or Ana publicly serenading her cousin-lover with "Something to Talk About," "The Crown" more than delivers on the camp front. 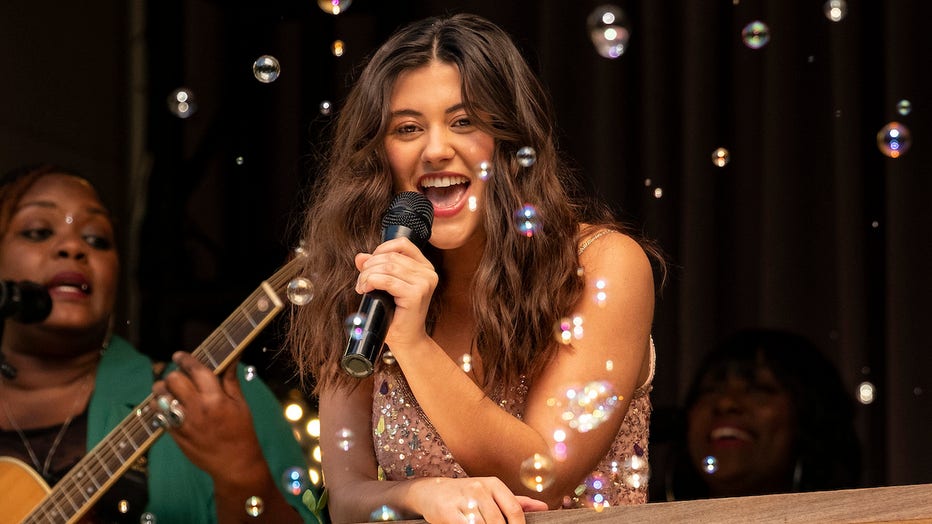 Is it a little weird that Nicky and Gigi (Beth Ditto) seem to have gotten over Clive’s death in just two months? Yes. But, hey, at least their self-defense murder healed their music rivalry and brought them back together as sisters. Sure, they still argue sometimes, like when Gigi accidentally encourages Tatum to publicly rebel against her mom at a pre-debutante ball pool party. But it’s nice to see an episode that’s more about Roman family solidarity than in-fighting.

WATCH FREE ON TUBI: "The Sisterhood of the Traveling Pants" — get the app

In fact, it turns out that even though young Nicky struggled to stand up against Dottie when it came to herself, she was always willing to stand up for Gigi — including when teenage Gigi first came out as gay. The two sisters are great support systems for each other this week too, as Gigi helps Nicky learn to be a more accepting and supportive mom, while Nicky encourages Gigi to find the right balance between being empowered and being rude when speaking to the press. 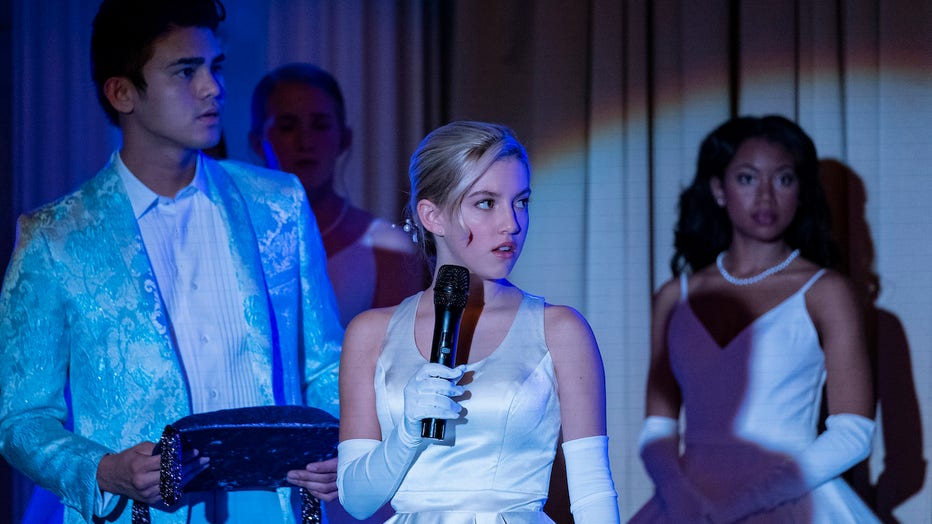 That’s right, the biggest reveal in "The Crown" is that Catt wasn’t lying about being the long-lost daughter of Albie Roman (Trace Adkins) and his lover Rosa. A DNA test reveals she has Roman blood, which is quite the thing to reveal in the episode where Ana and Ace also have sex for the first time. Sure, the Romans and Phoenixes weren’t raised together and the fact that Ace is adopted means there’s no biological connection either. But it’s still a little weird, right?

WATCH FREE ON TUBI: The star-studded ensemble rom-com "Valentine’s Day" — get the app

At least "Monarch" takes the welcome opportunity to flip the usual teenage sex scene dynamic. Here Ace is the nervous first timer while Ana is the more experienced but still sweetly supportive one. These two are basically on cloud nine all episode — texting compliments at the pool party, enjoying a "fairy tale" experience in a meadow and just generally encouraging each other to be their best selves, as when Ace decides to open up about his anxiety disorder before performing at the deb ball. 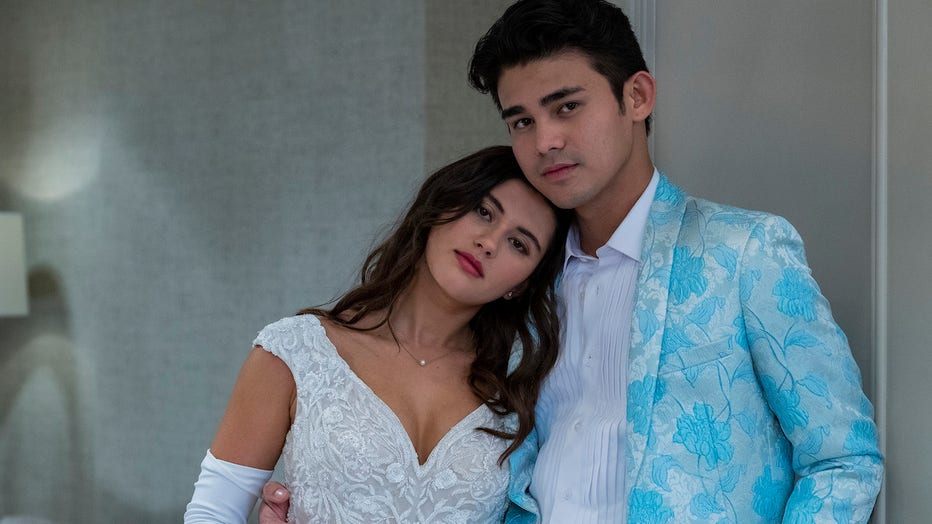 Nicky, meanwhile, enjoys her own cloud nine experience too, as she finally lets down her walls and allows dreamy music producer Jamie Burke (Damon Dayoub) to sweep her away in his supportive, pastry-filled arms. That’s one way to get a Type-A mom/musical artist to relax!

WATCH FREE ON TUBI: "A Cinderella Christmas" — get the app

Indeed, after weeks of non-stop drama, it’s almost shocking how sweet this episode is, particularly the scene where Luke (Joshua Sasse) steps in to partner with Tatum during the ball’s father/daughter dance, while Albie does the same with Ana.

Things briefly seem like they might go off the rails when Tatum wins the Violet Crown because of her family name. But as Tatum protests her own victory, Nicky swoops in to hand the crown to the more-deserving Ana. Hey, maybe the Romans really can get along after all. 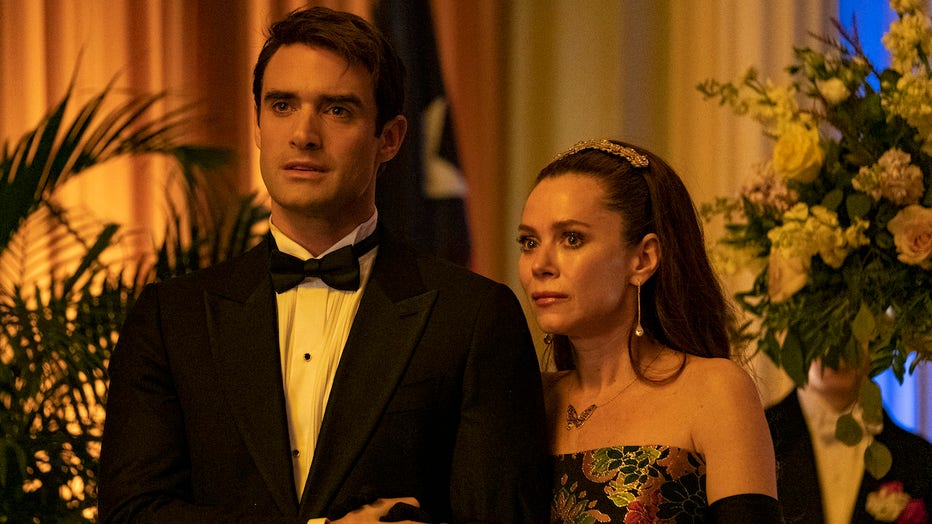 Never fear, however, there’s still some drama this week, most of it involving district attorney Tripp DeWitt (D.W. Moffett) and his continued investigation into Clive’s disappearance. After the police finally find Clive’s car in the state park where Luke stashed it, they discover their first piece of hard evidence: A drop of blood on the clutch console.

Luke searches his memory to recall that the blood belongs to Nicky, who moved the car before he did. And since the DA plans to have the blood DNA tested, Albie steps in to protect his daughter. He tells Tripp that he got into a brawl with Clive and that the blood is his. And when that’s not enough to get Tripp off his back, Albie invokes a 40-year-old debt that his old friend apparently owes him.

But while Tripp agrees to Albie’s demands in the moment, he has his own ambitions behind closed doors as he orders his team to run the DNA test anyway. 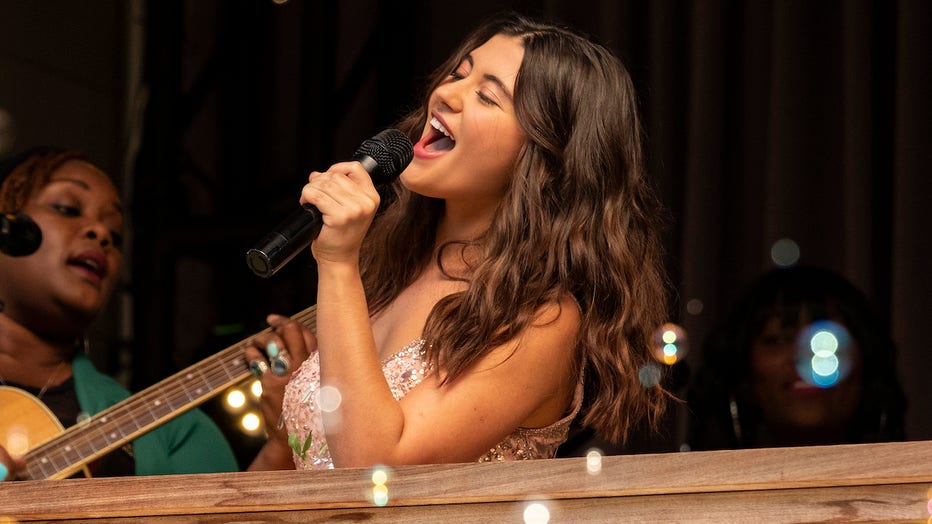 Nicky sounds great on Deana Carter’s "Strawberry Wine," but this week is a battle between two performances that operate on very different sides of the camp spectrum.

On the one hand, "Monarch" clearly knows what it’s doing by having Ana publicly croon Bonnie Raitt’s "Something to Talk About" at her cousin-lover, which does indeed give us something to talk about. On the other hand, Ace earnestly serenading a group of teenage girls with Martina McBride's "This One’s for the Girls" is such a perfect blend of sincere and ridiculous that it could've been on "Glee."

We’re gonna give the edge to "Something to Talk About" — if only because that level of audacity in our network dramas needs to be rewarded. But this is the closest we’ve ever come to awarding a tie.

WATCH FREE ON TUBI: Bonnie Raitt in "Lightning in a Bottle" — get the app

The Dolly Parton Story: From Rags to Rhinestones (2020): This one-hour documentary traces Dolly Parton’s journey from a childhood sharing a bed with several of her 12 siblings (and wearing a certain coat of many colors) to country music fame and mainstream superstardom. Rated TV-PG. 54 minutes. Documentary. Dir: Finlay Bald. Featuring: Dolly Parton, April Watts.

"The Dolly Parton Story: From Rags to Rhinestones " is streaming free on Tubi — get the app

About the writer: Caroline Siede is a film and TV critic in Chicago, where the cold never bothers her anyway. A member of the Chicago Film Critics Association, she spent four years lovingly analyzing the romantic comedy genre one film at a time in her column When Romance Met Comedy for The A.V. Club. She also co-hosts the movie podcast, Role Calling, and shares her pop culture opinions on Twitter (@carolinesiede).

How to watch "Monarch"

"Monarch" airs Tuesdays at 9 p.m. EST on FOX. If you’d prefer to stream, you can boot-scoot on over to FOXNow or watch via Hulu.