Woman drove on I-405 Freeway in Irvine with missing wheel

A bizarre drive was caught on camera as a woman traveled on the 405 Freeway in Orange County with three wheels.

ORANGE COUNTY, Calif. - A woman was seen in a cell phone video driving with a missing wheel and an open tailgate on the 405 Freeway.

The bizarre drive took place on the 405 Freeway in the Irvine area, according to Chad Unkle Tito Towersey, the man who took the video. Towersey can be heard telling the woman she should stop the car, as the 3-wheel vehicle continued to send sparks flying on the road. 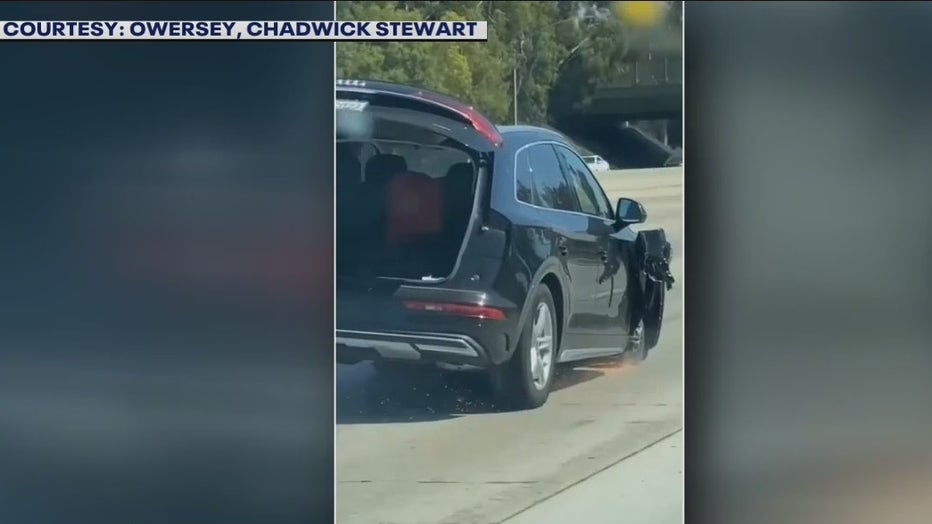 The driver ended up rear-ending a different vehicle on the 405 Freeway.

The Irvine Police Department said the drive caught on camera and the crash are both under investigation.