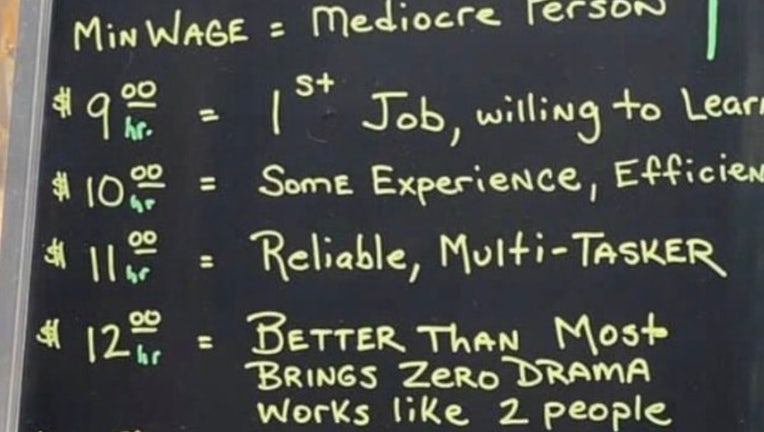 MELBOURNE, Fla. - A popular deli in Florida is receiving huge backlash after a photo of their hiring sign went viral on social media.

Twitter user @HaitianDvorce posted a photo of a sign outside of a Jason's Deli in Melbourne listing a series of different wages and what skills potential employees would need to have in order to move up in starting pay.

According to the sign, a ‘mediocre person’ would earn ‘min wage.’ To earn $12 an hour, you would have to be ‘better than most,' bring ‘zero drama,’ and 'works like 2 people.’

The highest wage listed is $15 an hour for those who ‘outshines and outperforms the owner.'

The photo received over 75,000 reactions and thousands of retweets.

"If you do more work than the boss, why would they pay you $15/hr instead of giving you the bosses salary?" one person commented.

Another wrote, "If I ‘work like two people’ you better be paying me as if you'd be paying 2 people." 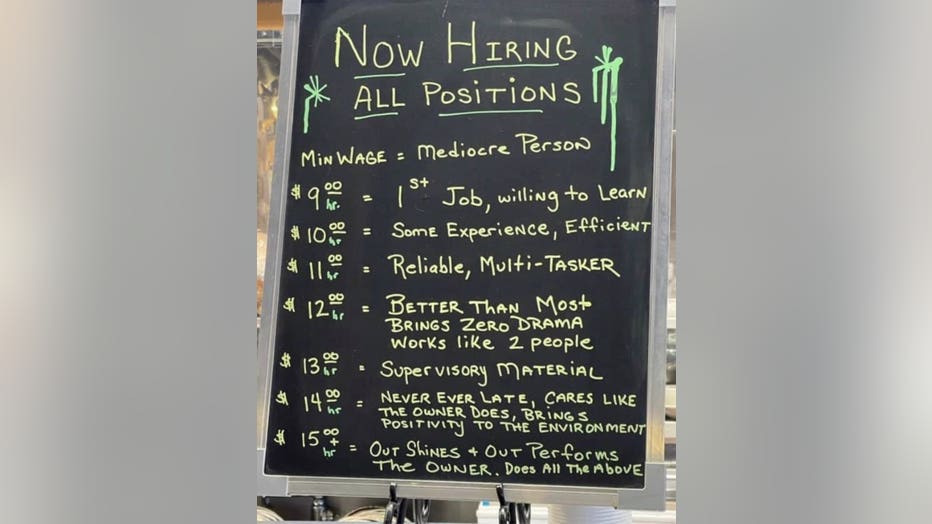 "The manager of our Melbourne, FL, location recently posted a sign intended to attract prospective applicants through the potential for upward movement through our Career Path. The sign communicated that message in an inappropriate manner that does not accurately reflect the hiring practices of Jason's Deli. We reached out to the manager and he recognized the sign’s inappropriateness and immediately removed it. We regret any misunderstanding that sign may have caused.

Jason’s Deli values our employees. To maintain the high level of service that they provide — and that our customers expect — we hire highly motivated people by offering competitive and fair wages. We have taken this incident as a learning opportunity and have reached out to all of our managers to ensure that they are responding appropriately to the challenges of hiring in the current environment."